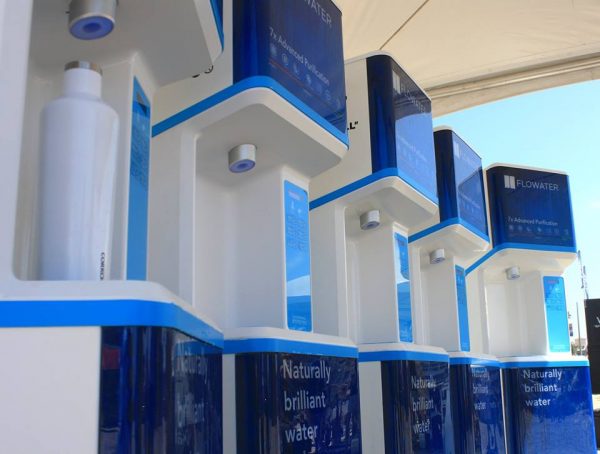 FloWater has opened the floodgates for another wave of equity funding.

The Denver-based startup, which makes water bottle refill stations that also purify the water, has reported $15 million in new capital. The round was led by Bluewater, a Swedish water purification company, according to Rich Razgaitis, FloWater co-founder and CEO.

This is the startup’s most significant capital raise. The company previously raised approximately $8 million over four rounds.

Razgaitis said the new funds will be used for product development, production and team growth. He plans to add 20 employees in Denver in the next 15 months. FloWater’s approximately 40 employees work in an office space at Forty45 Pecos in Denver’s Sunnyside neighborhood.

“I started the company in Silicon Valley with a few objectives: I wanted to end the use of single-use plastic bottles, and address the growing obesity epidemic in the U.S.,” Razgaitis said. “We spent seven figures on development, initial commercialization and technology. We’ve been in the market for over four years, and now we have thousands of water refill stations throughout nearly all 50 states.” 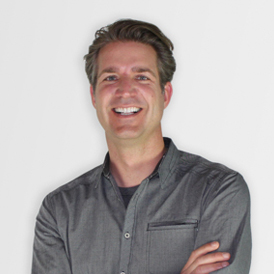 Razgaitis moved the company’s headquarters from Silicon Valley to Denver in April 2016 after co-founder Wyatt Taubman stepped aside in 2015. The pair founded FloWater in 2013, according to the company’s website.

“First, it removes 99.9 percent of impurities from the water, which takes it down to a distilled water state,” he said. “But distilled water is missing certain aspects needed for hydration, so the second thing the station does is reintroduce necessary minerals and electrolytes. Third, the water is put through a coconut carbon filter for taste.”

The result, he said, is that a consumer drinks three to five times more water when a FloWater refill station is available. And he claims his product is more affordable than plastic water coolers, which may cost hundreds of dollars a month to regularly replace. FloWater stations can be filled with any nearby potable water.

Razgaitis said most FloWater customers sign a five-year lease on the equipment at a rate of $125 a month. The only other costs associated with a FloWater station is the initial delivery fee and annual filter replacements, which cost $300 for rented equipment.

FloWater refill stations have had the most success in schools, according to Razgaitis.

“Teens across the U.S. either don’t like the taste of tap water or don’t trust it, but they also hate plastic,” he said.

The company also has had success in hotels, which Razgaitis said rarely have suitable water bottle-refill options, as well as in retail stores.

“We’ve been seeing retailers carry FloWater in-store because it increases foot traffic, it increases sales of the items around the station and it increases time spent in-store,” he said.

Razgaitis said the business hopes to add another 10 to 15 markets in the next two years. 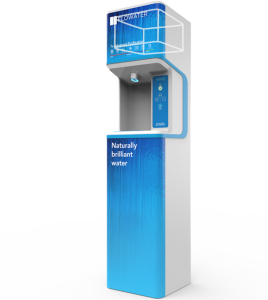 The water-purifying stations are warehoused in California and manufactured in Seoul, South Korea, Razgaitis said.

“Korea is to water as Silicon Valley is to incubating technology,” he said. “There have been water purification innovators in Korea for decades. And because we import our product from Seoul, it makes sense to keep our inventory on the West Coast. Eventually, we’ll open up distribution centers across the United States.”

Razgaitis said that at FloWater’s core is the belief that access to clean drinking water is an “inherent right of humanity.”

So in 2016, the company donated eight refill stations — $50,000 worth of equipment — to Flint, Michigan, whose residents had been forced to exclusively use plastic water bottles in response to the city’s 2014 water crisis. And in 2017, FloWater donated five refill stations to the Navajo Reservation’s only school for children and adults with disabilities, which also had been relegated to using bottled water due to contaminated tap water.

“We started this company to be a force for good and to redefine how people see water,” Razgaitis said. “We’re building a new infrastructure of delivering water globally that eliminates the delivery of plastic water bottles and the environmental impact that causes.”

Editor’s Note: This story was updated after publication to state that FloWater previously raised $8 million over four rounds, and that the company expects to hire 20 employees specifically in Denver over the next 15 months.

The Denver-based startup’s stations purify water and run it through a coconut carbon filter before it’s dispensed into water bottles.