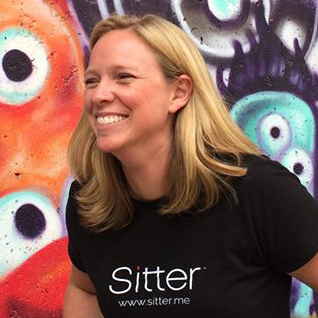 In 2014, Colorado native Kristen Stiles set out to create an app that would help parents find, book and pay babysitters.

The resulting company, Sitter, went on to graduate from the Techstars startup accelerator program in 2017 and has raised about $2 million, she said.

Just before Christmas, however, Stiles emailed investors and said the company’s days were numbered.

“We informed our investors that we are going to be closing our operations,” Stiles told BusinessDen.

“We are so overwhelmed and grateful for the outpouring of the support we have received from the Sitter community,” she said. “We’re continuing to operate the services they know and love while diligently working to find a long-term solution.”

Stiles declined to disclose Sitter’s revenue or how many users it has.

Stiles’ original intent was to make scheduling child care as simple as grabbing an Uber. While Stiles said parents loved the product — they could find sitters based on recommendations from friends — she realized they weren’t using the app as frequently as someone would use Uber, for example.

Plus, booking a babysitter is more expensive than booking an Uber.

“The economics are such that rising minimum wages, which are a fabulous thing, increase the cost of sitters,” she said. “The parent pricing sensitivity is very high. It’s difficult for a person like us, who’s essentially a middleman, to make a whole lot of money off those margins. It’s just a difficult dynamic.” 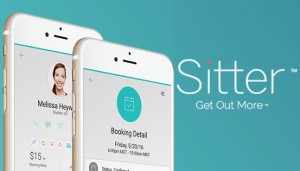 Sitter is an app helping parents schedule and pay babysitters.

All along, Stiles has also felt the pinch from some of the bigger players in the industry, specifically Care.com, Urban Sitter and Sittercity.com.

Sitter takes a 4 percent cut of babysitting transactions made through its app, Stiles said. But the company has experimented with different business models, at one point charging parents $50 per year and sitters $30 per year, to use its upgraded product. In December 2017, the company also began selling its software to nanny and child care agencies, in addition to running the app.

“Given the situation and the circumstances, we were constantly learning and changing,” Stiles said. “You play your cards and you try to make the best of it.

“When I look at the future and our options, I just didn’t see a good return for our investors.”