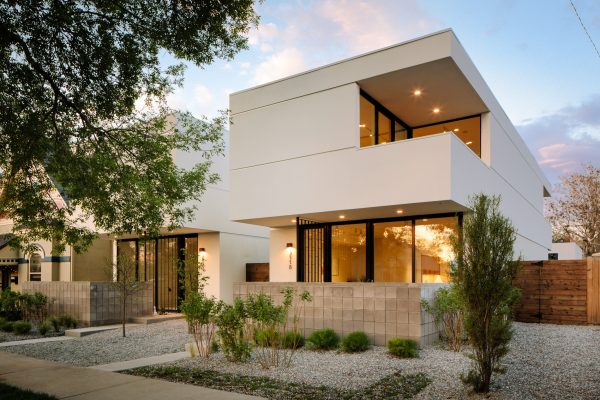 In one of Denver’s oldest neighborhoods, a developer and architect have teamed up to create seven modern homes.

The homes, located at the corner of 31st Avenue and Humboldt in Whittier, feature a simple, open design, and are branded “Canvas.” Architect Christian Butler of Studio Limited and developer Nathan Beal of Saint Bernard are behind the properties.

They have worked on other projects together, including three homes near the 25th and Clarkson intersection in Five Points, as well as a three-story mixed-use building at 29th and Welton in Curtis Park.

Four of the Canvas homes have been built and sold for between $725,000 and $1.25 million. The remaining three have yet to be built.

Butler said the project was challenging due to the small lot sizes and zoning limitations, while also ensuring the homes all received enough sunlight.

“Some of my favorite elements of those homes are the quality of light within the spaces and the inclusion of outdoor spaces on all levels,” Butler said. “Even in an urban environment where we’re building compactly and close to our neighbors, I feel like it’s a really important element to have fresh air and gardens.”

For example, in one of the larger homes, Butler helped to create a sunken garden off the basement to add an extra connection to the outdoors.

“So often, basements are not comfortable places to be,” Butler said. “To be able to extend that garden, it transformed that basement into really a livable space.” 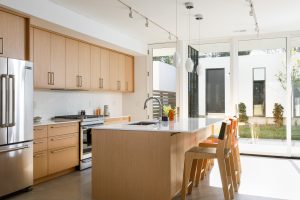 To assist him on design, Butler called in Michael P. Johnson, his professor at the School of Architecture at Taliesin, a graduate program in Scottsdale, Arizona. While Butler described Johnson as a traditional modernist, he said he is more of a contemporary minimalist, interested in pure form, symmetry and simplicity.

Jorgen Jensen and Stan Kniss with Slate Real Estate Advisors are listing the properties. The homes range in size from 1,700 to 3,000 square feet; the largest one also has a 550-square-foot accessory dwelling unit.

“A lot of people wouldn’t go through the hassle or the effort to create a brand for seven homes,” Jensen said. “Our mission was to create a community within the neighborhood … Canvas allowed us to create a sense of place for the project.”

Special features in the homes include custom cabinetry from Avenue Two, white oak hardwood, and panelized dishwashers and refrigerators. 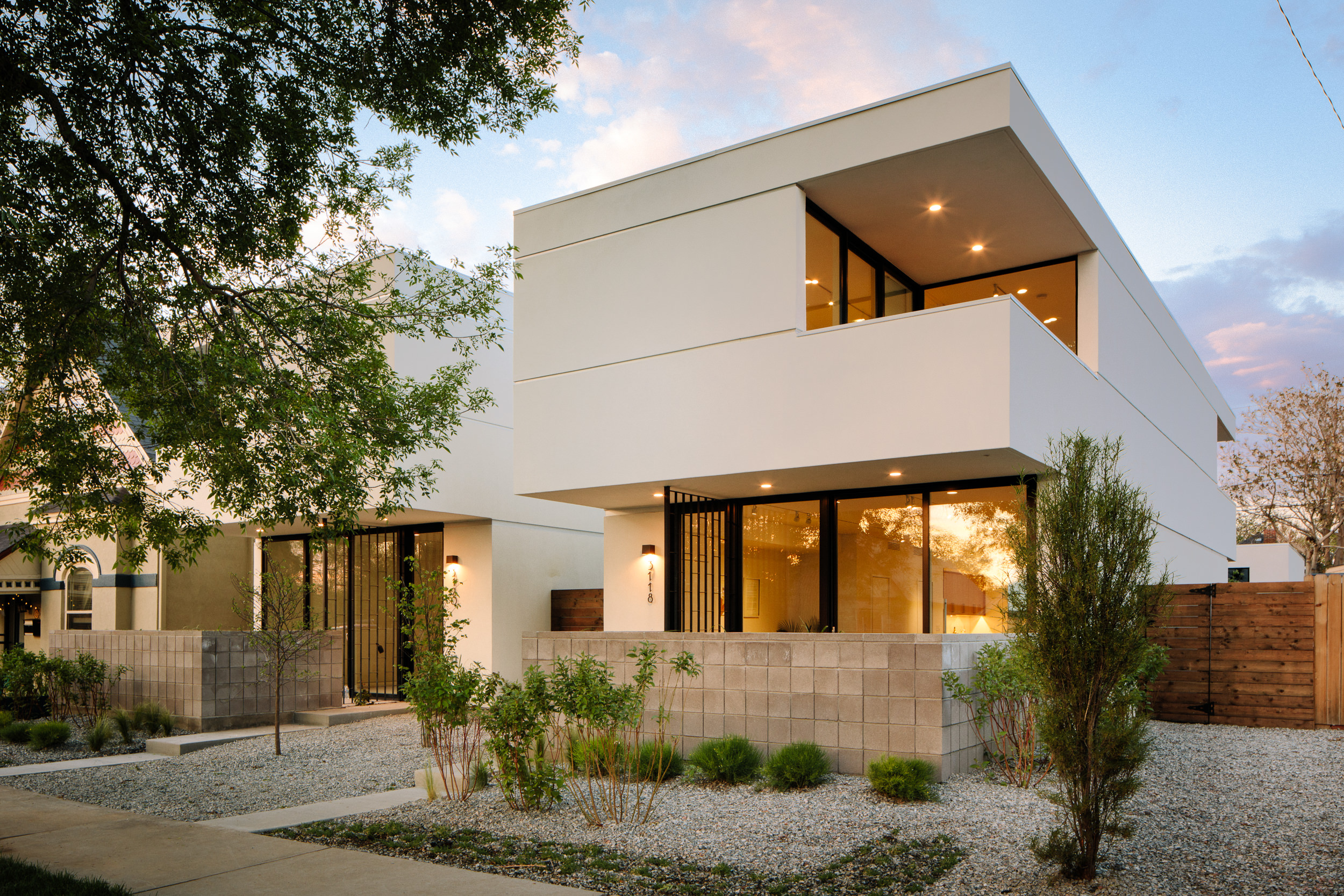 The homes, located at the corner of 31st Avenue and Humboldt, are branded ‘Canvas.’

This neatly mimics every other anti-human gliepzeit mishmosh that is devouring Denver…at the expense of the senseless killing of century-old heritage homes such as the poor quivering structure to the left. The antisocial walled porches are so very “hi-we-just-moved-in-now-go-away-honey-call-911”. To vogue oneself into some sort of contemporary saviour (who somehow needed a lifeline from Taliesin?) (but, Oak Park?) (the old man is spinning like a TOP) adds a gruesome, jagged edge to any assertion of design sensitivity. Please.

To each their own I guess. My take, since these are now in a public forum, is that they are a terrible slight in a historic neighborhood. A shortcut to real architecture.