Chelley Schaper has a plan for helping employers track their employees’ fitness habits.

She’s launching ActiveSoul to let employers monitor and coax their employees’ workout habits in January. Schaper said she received $250,000 in funding in November and plans to raise more money next year.

Schaper, 46, moved to Denver 20 years ago and sold employee benefit packages to large corporations for 16 years. She noticed employees often didn’t go to the gym even when their employer covered the membership cost — a waste of money.

“I found that their solution to the fitness was lacking,” she said. “I didn’t think it appealed to everyone.”

She understood the hurdles that can keep people from the gym.

“I traveled a lot for business and found it difficult to prioritize and time-consuming to work in organized exercise,” she said. “I found that troubling and I wanted a solution for that for the business traveler.”

Schaper decided to quit her job to focus on starting a company that would fix the problem. For the last two years, she’s been building out ActiveSoul, which will launch Jan. 1.

“This year, we’re finally being able to track fitness for any person, anywhere, in the country,” she said.

ActiveSoul connects with FitBit and other fitness wearables. Users can find gyms in their area and schedule classes. The system allows corporations to, for example, reimburse gym costs only for employees who work out eight times a month. 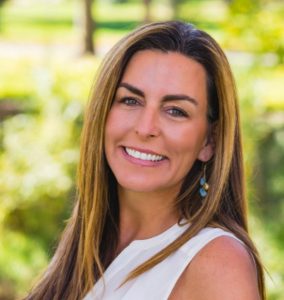 “Anything you do can be verified and monitored by us so that your employer can reimburse you and incentivize you for it,” Schaper said.

ActiveSoul charges employers $1 per employee per month. Schaper said ActiveSoul made minimal revenue this year, but is projecting $1 million in 2019 revenue.

ActiveSoul has 35,000 gyms and studios around the country that users can join and ActiveSoul can track.

“Gyms love it, the reason being is that we are not doing what other consolidators doing by slashing their rates,” she said. “We’re just really connecting the fitness community with employees who need fitness more so than trying to undercut their prices.”

While many companies provide their employees with free gym memberships or wellness benefits of some sort, Schaper thinks ActiveSoul is more effective.

“They’re going to be more likely to work out if they’re held accountable,” Schaper said of employees.

ActiveSoul employs three people, and Schaper said she plans to hire at least 10 more in 2019 to handle sales and operations work.

The system allows corporations to, for example, reimburse gym costs only for employees who work out eight times a month.

The headline to this article was off-putting for an employee to read. It came across like another big brother app that employers can use to monitor employees.

However reading the article and researching the company, it’s extremely beneficial for the employee.

I believe that your target audience is businesses especially for the owner of ActiveSoul. Perhaps a follow-up article focused towards employees, will motivate employees to discuss ActiveSoul with their employer.