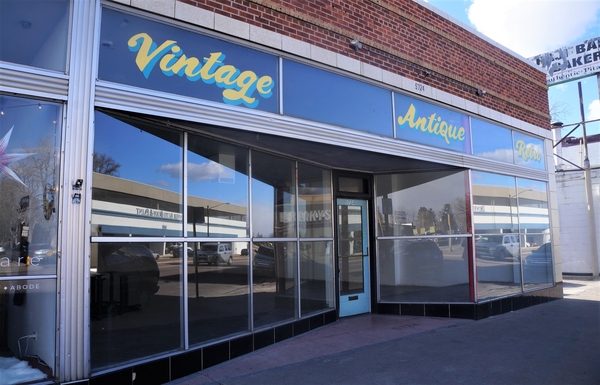 A deli is coming to East Colfax Avenue.

“We’re going to try to do a really good, simple food concept that can appeal to everyone,” Howard said. “We think it’ll be a neat concept for Denver — a good product at a good price with a no-frills approach.”

Howard and his family moved to Denver last year from Los Angeles, where he ran a restaurant called Del Rey Deli. He said the menus are similar, but while Del Rey Deli served only breakfast and lunch, Tessa Delicatessen will be open late to appeal to the area’s younger demographic.

“We really feel like this little part of Colfax in Park Hill is kind of underserved,” Howard said. “My kids go to school in Park Hill, so our customers will be our neighbors.”

The deli’s lunch menu will offer hot and cold sandwiches, salads, and sides such as beets, curry and macaroni salad. For dinner, Howard said he’ll grind his own beef for hamburgers, as well as offer beer, wine and vegetarian options.

Tessa Delicatessen also will offer a daily brunch with coffee from local coffee company Queen City Collective, as well as artisan bread and pastries made in-house.

“Denver people love brunch,” he said. “They’d eat it every day if they could. So we’re going to respond to that.”

Howard’s currently renovating the space, which he said will seat 65.

“The space is huge, but it’s less than half the rent of anything else I looked at,” he said. “Nobody wanted the property because they don’t want to be on Colfax. But I really like the area. I can’t speak to the overall shroud it has with local people, but all I see is a city that’s teeming and growing and I want to be a part of it on the ground level. I don’t want to be another starving restaurant on Larimer Square.”

Howard plans to stick around. He said he signed a 12-year lease on the property.

Howard said he will cook the restaurant’s meats in-house and put up a projector on big game nights. He plans to hire a pastry chef, as well as a general manager and line cooks, and to source locally when he can.

“I want to work with local people and mesh into the landscape as a cook,” Howard said. “I’m not trying to claim that I’m the only guy in town cooking his own meats — I don’t want the business to be pretentious. We want people to have a grasp on what we’re doing and just think we do it better.”

Howard funded the business with the help of a $273,000 SBA loan, according to records. He worked with Broad Street Realty brokers Nathan Stern and Zach Cytryn to secure the property.

Howard said that, once the business is open, he’ll focus on getting a few years of good business under his belt. But eventually, he’d like to open more locations.

Chef and owner Vince Howard: ‘Nobody wanted the property because they don’t want to be on Colfax. But I really like the area ... I don’t want to be another starving restaurant on Larimer Square.’