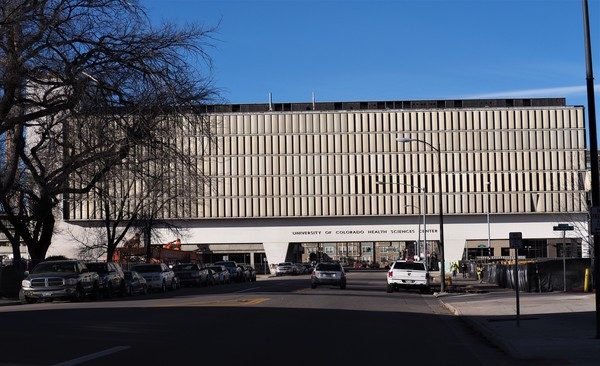 The five-story building that forms a bridge over 9th Avenue in Denver’s Hale neighborhood is set to be demolished. (Thomas Gounley)

The “research bridge” is coming down after all.

Continuum Partners and CIM Group, which are developing the massive 9th & Colorado project at the site of the University of Colorado’s former Health Sciences Center, have decided not to preserve the five-story structure that crosses 9th Avenue, allowing traffic to pass underneath.

Alana Watkins, a spokeswoman for Continuum, said Monday that demolition of the structure likely will begin sometime in the next couple weeks. The road likely won’t need to be closed until after the start of the new year, she said, although plans still are being finalized.

The developers previously considered converting the structure into a hotel. As of Monday afternoon, a rendering of the renovated bridge was still on the 9th & Colorado website.

Watkins said Continuum was not doing interviews about the change, but passed along a statement from Development Director Frank Cannon. 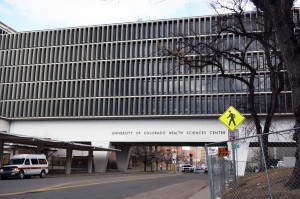 A 2015 photo of the structure. (BusinessDen File)

“While we had hoped to preserve the bridge, the prospect of demolition was always a possibility,” Cannon said in the statement. “After exhaustive analysis, we were not able to find a viable plan for reuse so we will demolish the bridge so the 9th & Colorado project can continue to move forward to completion.”

Continuum and CIM demolished most of the structures on the former hospital campus after purchasing the 26-acre site in early 2015 (one building was imploded). Along with the bridge building, a parking structure and onetime dormitory for nurses also were preserved.

The bridge building was constructed in the 1960s, and at one point was referred to as “The Bridge to the Future,” according to the developer’s website. The structure has been fenced off and unused throughout the time Continuum and CIM Group have owned the site.

9th & Colorado is slated to be a large mixed-use development, with more than 1,000 residential units along with retail and office space. Residents began moving into the first new residential structure in May. AMC Theatres plans to open a movie theater at the site, and several restaurants have signed on. 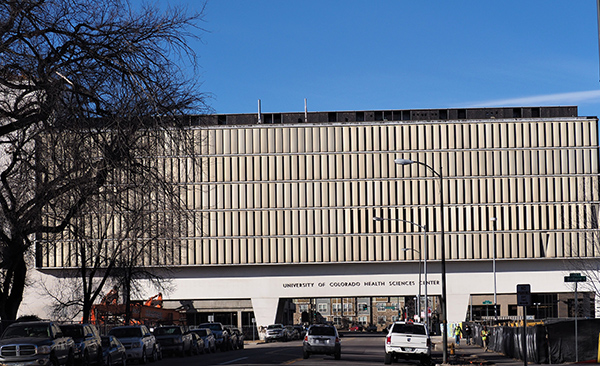 The five-story building that forms a bridge over 9th Avenue in Denver’s Hale neighborhood is set to be demolished. (Thomas Gounley)

Continuum Partners and CIM Group considering converting the structure into a hotel. But instead, it’s now in its final weeks of existence.

Don’t let them do this!!! It should be marked as Historical.!!!! A memory of Colrado at its Finest!! I spent most of my professional years here! They torn down everything else for goodness sake. I Protest!!!