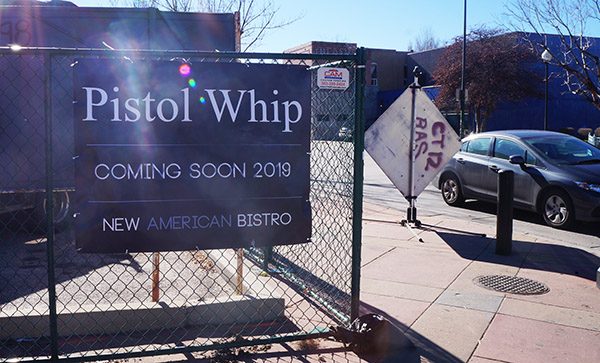 The owner of a tattoo shop along Santa Fe Drive in Lincoln Park plans to open a restaurant next door.

“My dream has always been to open a restaurant,” Slaughter said. “I was in the restaurant business all my life, up until I was 28 years old. I worked at all the high-end restaurants back in the ’80s and ’90s. I opened Purple Martini back in the day — we were bringing back martinis and cigars. It was a good time, but I needed a change. I’ve always been an artist, so I decided to start tattooing.”

Slaughter’s tattoo shop, Tribe Tattoo, has operated for 18 years at 674 Santa Fe Drive. He purchased the property where Pistol Whip will open for $435,000 in October2015, according to records.

“I’m tired of tattooing as much,” Slaughter said. “I needed to get up out of that chair … It’s great that the tattoo shop is right next door, so if they need me, I can come back. But most of my energy is going to be into the restaurant.”

The building currently at the site is about 2,700 square feet. Slaughter has hired Epic Construction to renovate and add on to it; construction is set to begin within two weeks.

Slaughter hopes to have the restaurant, which will seat up to 190, open in March. He named it Pistol Whip to match the “cutting-edge” feel of the surrounding art district, he said.

Chef Nicolas Lebas is developing the menu, and said it will be “vast and different,” incorporating items such as burgers, pasta dishes, chicken wings and seafood. 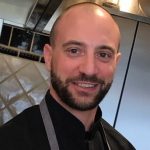 “The menu is going to be a mix of every culture and everywhere I’ve been in the last 20 years,” Lebas said. “I’m from France, I worked in Mexico and I’ve worked in the United States, so it’s going to be an inspiration and a story of all that experience.”

Slaughter said the price range will be “middle to high,” ranging from $18 to $26 for lunch and $30 to $60 for dinner. There will be brunch on the weekend and an after-dinner cocktail hour.

Though Slaughter’s two businesses will operate next to each other, he wants to keep them separate.

“I don’t want it to be affiliated with tattoos,” he said. “I don’t want people to think, ‘This is where all the tattoo people go.’ Because it’s not going to be like that at all. This is going to be for everybody.”

John Slaughter hopes to open Pistol Whip by March. Expect dinner entrees in the $30 to $60 range, and a menu Chef Nicolas Lebas said reflects ‘everywhere I’ve been in the last 20 years.’