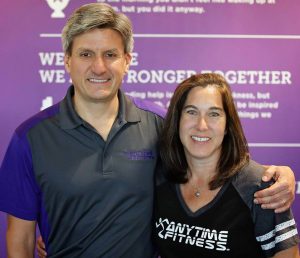 Mike and Kate Jenulis own the Anytime Fitness franchise that will open at 6005 E. Colfax Ave. (Submitted)

Anytime Fitness is expanding its presence in Denver.

The 24-hour fitness chain, which operates on a franchise model, has locations in the works at 1244 E. Colfax and 6005 E. Colfax, according to its website. They’ll join two other Denver locations, in Berkeley and along Colorado Boulevard, as well as suburban locations.

Mike Jenulis, who owns the franchise at 6005 E. Colfax with his wife Kate, said the 6,800-square-foot space was previously an Aaron’s Rent-to-Own. The couple is targeting a grand opening in early 2019. 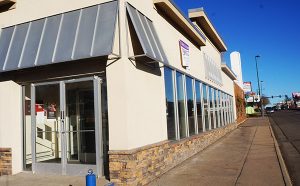 “We’re waiting on permits right now, so it really depends on the permitting and the contractors,” Jenulis said.

Chuck Runyon and Dave Mortensen founded Minnesota-based Anytime Fitness in 2002. The company takes its name seriously: All of its 4,000 locations across 30 countries are open 24 hours a day, seven days a week.

The company’s website said its franchise model is built to keep costs low, in part by using proprietary software and security technology to eliminate the need for 24-hour staffing.

Opening a standard Anytime Fitness franchise requires an investment of between $130,000 and $720,000, which includes an initial franchise fee of between $37,500 and $42,500, according to the company’s website. Franchise owners also pay a monthly fee of $549 to Anytime Fitness. 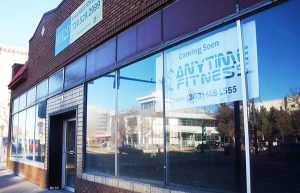 New franchisees attend training at the company’s Minnesota headquarters prior to the opening of their franchise. Jenulis said the entire process, from his decision to purchase a franchise to its grand opening, will total about one year.

“It’s a lot to learn,” he said. “It all goes slower than you’d want when you’re excited for something new.”

He said lease negotiation was one of the longest parts of the process. Though corporate will assist in location selection upon request, franchisees are in charge of securing a site.

“Community building is going to be really important at our gym,” Kate Jenulis said. “It’s not going to just be doing a workout and then leaving. We’re really wanting to build a partnership with our community and our members.”

Mike and Kate Jenulis own the Anytime Fitness franchise that will open at 6005 E. Colfax Ave. (Submitted)

The 24-hour fitness chain currently has two locations in Denver, in Berkeley and along Colorado Boulevard.