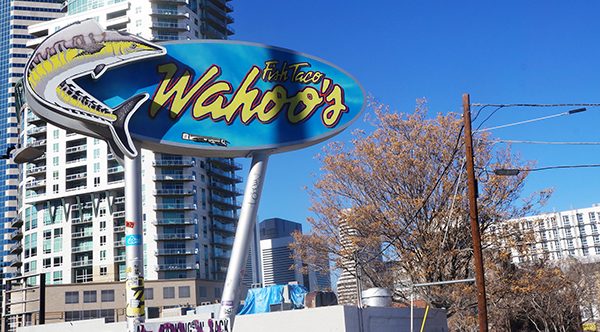 Wahoo’s has operated at 225 E. 20th Ave in Uptown for more than a decade. (Libby Flood)

A Southern California-based chain of restaurants specializing in fish tacos has closed its location in Uptown.

Wahoo’s Fish Taco, which serves Mexican food with Brazilian and Chinese influence, is no longer operating at 225 E. 20th Ave.

The restaurant had been there since at least 2005, according to past media coverage. Wahoo’s did not respond to a request for comment. 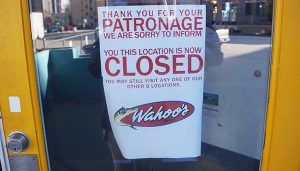 Wahoo’s Fish Taco has closed its Uptown location, according to a sign at the site. (Libby Flood)

The chain was founded in 1988 by three brothers who were born in Brazil to Chinese immigrants, and later moved to the United States, according to the company’s website. Wahoo’s has eight other Colorado locations, including one in Denver on Colorado Boulevard, as well as locations in California, Nevada, Hawaii, Pennsylvania and Japan.

The Uptown property is owned by 1521 Blake Street LLC, an entity that appears to be affiliated with Wahoo’s, and which purchased the property in 2001 for $650,000, according to records.

CBRE brokers Michael Kendall, Cameron Flint and Daniel Miller are marketing the 2,600-square-foot building for lease, according to a Loopnet listing. Kendall said Monday the property is still available. 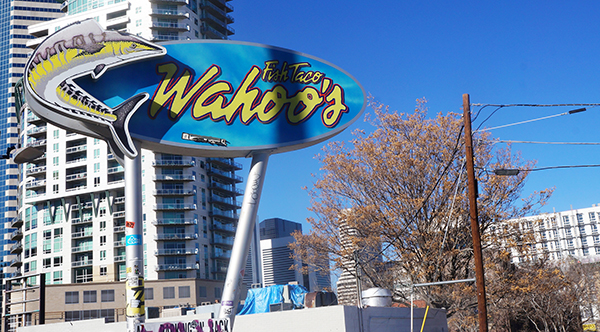 Wahoo’s has operated at 225 E. 20th Ave in Uptown for more than a decade. (Libby Flood)

The California-based chain had been at 225 E. 20th Ave. for more than a decade.