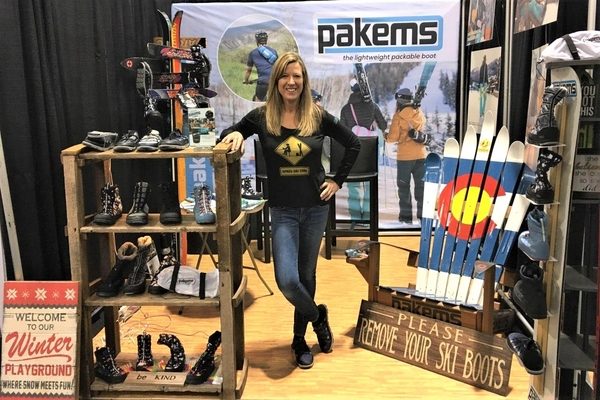 Julie Adams is calling it “the Pakems reboot.”

The Englewood resident said an influx of cash last month from a new investor means that her lightweight boot company has resumed shipping products to customers after a tumultuous 12 months.

“I’m back to 14 hours a day,” said Adams, 52. “It’s the perfect timing of everything, getting our shoes just in time for the sales season. We have pushed the go button, and it’s crazy how much needs to be done.”

The idea for Pakems came to Adams in 2011, after watching her son struggle to walk in ski boots. She wanted to make a lightweight boot that would pack easily on ski trips; in other words, a flip-flop for snow.

Adams declined to disclose how much she received from her investor, Harold Pine with Chasefield Capital. But she said it was enough to solve an issue prompted by a 2017 Kickstarter campaign.

The campaign was successful. Pakems sold $56,000 worth of shoes and used the money to partially fund the production of 8,000 pairs overseas.

Another investor put up money to cover the remainder of the production costs, but abruptly ran out of money a year ago, Adams said.

For nearly 12 months, the shoes languished in China because Adams didn’t have the money to ship them, she said.

No inventory meant no new sales. Adams went back to practicing law in the spring.

“I had to go get a job to pay the bills and keep trying to find an investor in my spare time,” she said.

Adams said she met Pine 1 1/2 years ago at the GoPro Games. As a result of the new investment, the Pakems shoes arrived stateside in October and now are shipping to customers.

The shoes are sold through Pakem’s website as well as Amazon.

“My new investors believe in the product so much, we’re looking at placing another order here quickly,” Adams said. 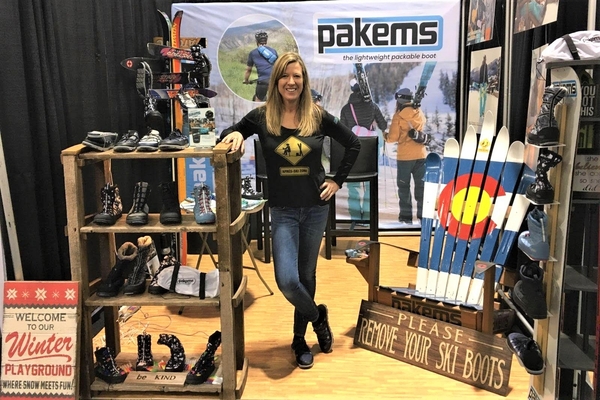