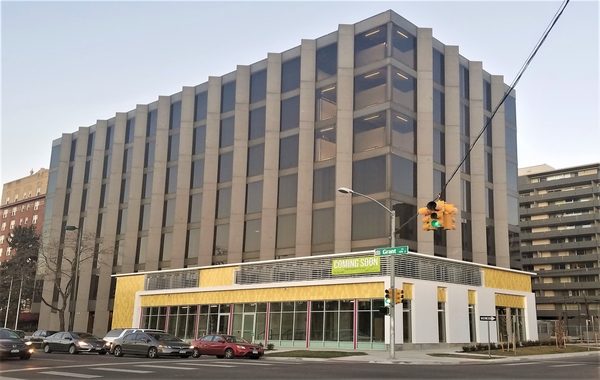 Two tenants have leased the retail space in a seven-story building in Capitol Hill that was recently converted into a self-storage facility.

Christopher’s Kitchen and Bath is moving into a 2,804-square-foot unit at 920 Grant St., and staffing agency Express Employment has leased the remaining 1,583 square feet, according to Forrest Bassett, director of commercial brokerage for building owner VanWest Partners.

Both retail units are on the ground floor. The rest of the building, including two below-grade levels, is devoted to self-storage.

The building previously housed office space used by Denver Public Schools. Denver-based VanWest Partners purchased the property in March 2017 for $4.17 million, according to records, and began the conversion to storage.

VanWest didn’t originally plan any retail space as part of the redevelopment, but added it later to “help activate the area,” Bassett said. 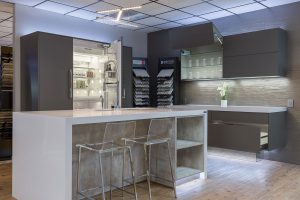 Christopher’s Kitchen and Bath began as a family-owned plumbing contractor before shifting into retail, opening its first showroom in 1981. The company operates in 5,000 square feet at 2857 W. Hampden Ave. in Englewood, and will keep operating there.

General Manager Austin Ardrey said the new Denver location, expected to open in January, will lean heavier on home remodel and design rather than “a la carte retail,” but will mirror the Englewood location by keeping a staff of full-time designers onsite.

“The idea is that the new space is going to really focus on design and relationships with designers,” Ardrey said. “We’re not going to have walls of faucets. It’s going to have a more working display focus — a little higher-end.”

Ardrey hopes the new, centralized location will attract clients who may not want to drive to Englewood.

“As it stands, our clients are all over, but Denver clients don’t really like to leave Denver,” he said. “This is a higher-visibility area; closer to downtown, but still accessible.”

Denver-based VanWest Partners converted the seven-story building at 920 Grant St. into a self-storage facility, but incorporated some retail to ‘help activate the area.’

This a very exciting for Christopher’s – a wonderful company that does amazingly beautiful transformations of kitchens and baths. Congratulations on this expansion and best of luck!

And, “The Denver Roth Living Showroom is …opening at 742 S Broadway in December 2018”