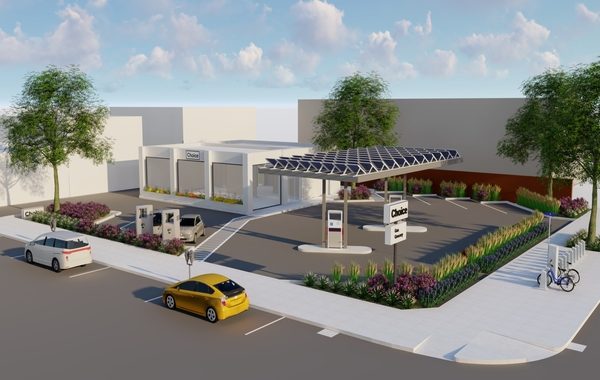 Denver-based Choice Market has released a rendering of its third location, planned for the former site of a Chinese restaurant.

The convenience store brand said last week that it expects to open at 2200 E. Colfax Ave. in the second half of 2019.

BusinessDen reported in September that Denver-based St. Charles Town Co. had purchased the property — previously home to a Chinese restaurant — for $1.45 million, and was working with Choice Market on the future of the site. 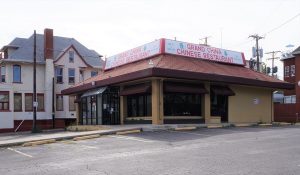 Choice Market, which bills itself as combining “the product selection of a natural market and fast casual restaurant with the transaction times and footprint of a traditional convenience store,” operates at 1770 N. Broadway in downtown Denver. A second location in the 1000 block of N. Osage St. is expected to open in the second quarter of 2019.

The Colfax location will be the first to incorporate gas pumps. Plans also call for chargers for electric vehicles and scooters, as well as rooftop solar panels.

Choice Market said it is partnering with Ava Retail to create “autonomous checkout,” using artificial intelligence, computer vision and internet of things to track customer’s purchases within the store and eliminate the need to interact with a cashier.

The Denver convenience store brand has released a rendering of a planned third location, at the site of a former Chinese restaurant along East Colfax Avenue in Denver.