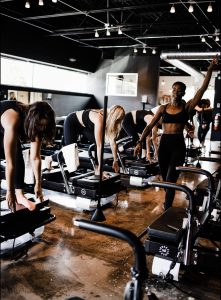 It’s been a fierce year for one local fitness entrepreneur who has more than doubled her studio footprint since January.

Torrey Newman, founder of Denver-based fitness startup Fierce45, is taking her 45-minute full-body workouts out of the metro area for the first time.

Newman signed a lease this week for a 1,500-square-foot studio at 2512 Broadway in Boulder.

“Boulder feels like the next natural step to prove out the Fierce45 business model outside the Denver metro area before we consider going out of state, and we’ve had so many people that have requested us to open in Boulder,” she said.

Fierce45 will have 10 machines — called X-Formers — at the new Boulder studio, which will also have on-site child care for its target demographic of mothers and women. Also in Boulder, she plans to open another studio farther south in the future.

Newman plans to open her Boulder studio at the beginning of January, following the opening of studios in Littleton and Cherry Hills in November and December, respectively.

“Luckily, we’ve been able to do so all organically based on the success of our other studios and choosing the right places to build them out,” Newman said. 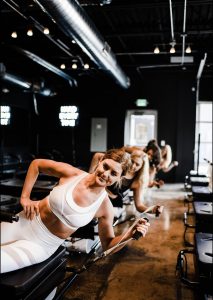 All Fierce45 studios were recently outfitted with new X-Formers. (Courtesy of Fierce45)

Fierce45 does not take out loans or accept outside investment to fund new studios, and instead opens new locations with cash flow from existing studios. Newman said she’s not interested in flashy build outs or expensive finishes.

“You want a clean space and a nice space, but I definitely spend as little as possible on the build outs,” she said. “It takes a long time to get your money back. The least we can spend on the onset of a studio, the better.”

This month, Newman outfitted each of her studios with new X-Formers, beefed-up Pilates machines that cost more than $10,000 each. Fierce45 also terminated its licensing agreement with Lagree Fitness this summer and sent back all of its previous machines, Newman said.

Next year, outside of Boulder, Newman plans to open three more studios in Colorado and at least one out of state.

Fierce45 employs 125 people, including 13 in management and more than 75 coaches.