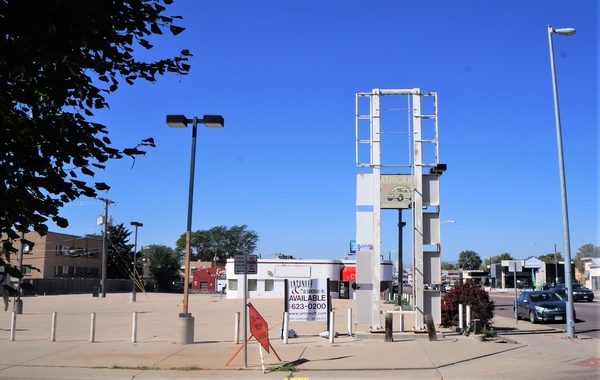 The site at the corner of Colfax Avenue and Kearney Street sold for $1.1 million. (Thomas Gounley)

Les Schwab has submitted a site-development plan to the city for a store on the site.

The chain, which is named after the man who founded the company in 1952, already has 10 locations in the Denver metro area, and hundreds around the country.

The property was sold by Phoenix-based Evergreen DevCo Inc., which purchased the two parcels, along with the adjacent 6000 E. Colfax Ave. parcel, in April for $1.2 million.

Evergreen already unloaded the third parcel in May for $635,000. Between the two deals, Evergreen netted a 45 percent return in less than six months.

Tony Giordano of Antonoff & Co. represented the seller, who he said was under contract to purchase the site for years while a case related to the property wound through the court system. Giordano said the site last was used as a used car lot; he estimated that business left in 2012.

The site at the corner of Colfax Avenue and Kearney Street sold for $1.1 million. (Thomas Gounley)

The seller has netted a 45 percent return less than six months after buying the property.