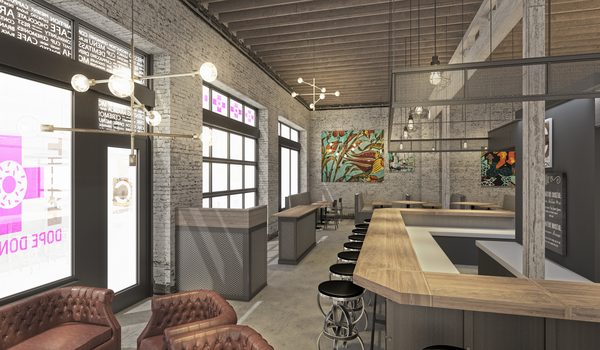 A rendering of the planned interior of the restaurant space at 2200 California St. (Courtesy of Habit Carbon Hospitality Collective)

Habit Doughnut Dispensary and Carbon Cafe & Bar, which occupy adjacent storefronts in LoHi and are operated by the same company, will open at 2200 California St., founder Lisa Ruskaup said Wednesday.

Ruskaup recently brought on Don Hart to serve as area director of Habit Carbon Hospitality Collective, a new DBA name for the holding company that operates the restaurants. Hart, who started Sept. 3, most recently spent 10 years in Atlanta in director roles for Barcelona Wine Bar and Concentrics Hospitality. 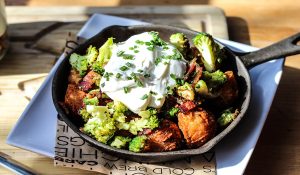 Habit and Carbon likely will open on California Street sometime between late November and mid-January, Hart said, adding the range is somewhat due to the fact that the holidays can be a challenging time to find and train staff.

The 2200 California Street property is an approximately 18,000-square-foot warehouse that was converted into retail space by Denver-based VanWest Partners.

The new space is next to Woods Boss Brewing, and Ruskaup said the goal is to make it easy for brewery patrons to get food from the restaurants.

Ruskaup said her son-in-law, who works in commercial real estate, tipped her off to the space, and “within five weeks we had a deal inked.” 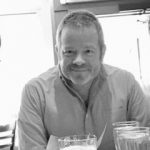 Carbon and Habit won’t be separated by a physical wall. Habit will have a counter that can be accessed from 22nd Street for those looking to get a donut and go.

Carbon and Habit will be open 7 a.m. to 10 p.m. Sunday through Wednesday, and 7 a.m. to midnight Thursday through Saturday.

Ruskaup said she and her business partners are targeting “cautious expansion” for the brands, likely one to two new locations a year in the near future. She said she regularly hears from developers about their units, and is most interested in spaces that are “urban in nature.”

“We’re probably not going to the suburbs,” she said.

For now, the plan is to continue to keep Habit and Carbon as “co-branded locations,” although Ruskaup said she’d consider peeling one off if it made sense.

Hart said there will “probably be some slight differences in the menu” between Platte Street and Arapahoe Square, although that hasn’t been finalized. The steamed and baked buns stuffed with fillings offered at Dead Battery Club, he noted, could be a natural offering to those drinking at the brewery.

A rendering of the planned interior of the restaurant space at 2200 California St. (Courtesy of Habit Carbon Hospitality Collective)

The affiliated restaurants will open at 2200 California St. in late 2018 or early 2019. A new hire has been made to oversee the brands, as well as Dead Battery Club.