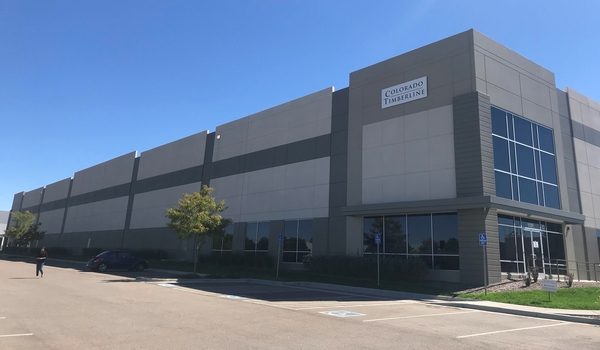 Colorado Timberline has shut down its operations at 11351 E 45th Ave in northeast Denver. (Kate Tracy)

A 5-year-old Denver printing company that was purchased in summer 2017 has shut down and blames a ransomware attack for its closing.

Colorado Timberline, which operated at 11351 E. 45th Ave. in northeast Denver, sent an announcement to customers and suppliers Wednesday, saying it was immediately ceasing operations.

“We have recently been plagued by several IT events, unfortunately we were unable to overcome the most recent Ransomware attack and as a result this unfortunate and difficult decision was made,” the company said on its website. “We greatly appreciate the support and loyalty from each of you over the years.”

Calls and emails to the company were not returned. The doors were locked at the company’s site, with its closure announcement printed out in English and Spanish on its doors.

The LinkedIn page for Colorado Timberline said it was founded in 2013, and shows 55 employees. Outside the company’s shuttered facility on Wednesday, however, a woman who identified herself as an employee said more than 100 employees worked for the company.

In summer 2017, Timberline Colorado was acquired by Chicago-based Frontenac and Connecticut-based Charter Oak Equity, according to a press release. Neither firm returned requests for comment.

Timberline Colorado’s printing projects included large format printing, laser etching and vinyl printing. The company was able to print graphics and designs on apparel, large exhibition banners and home goods such as glassware, according to the company’s website.

Owner Dan Greene left the company in May, according to an auto response from his company email account.

Colorado Timberline has shut down its operations at 11351 E 45th Ave in northeast Denver. (Kate Tracy)

If you believe ransomware is the cause, then I have valuable bridge connecting Brooklyn and Manhattan to sell you.

We’re opening a large format print company in Denver this Oct/Nov and are looking to hire experienced printers and seamstresses. If anyone knows of employees affected who are in need of a job, please pass on our contact.
OCG Denver
Thx-Brian Adam
brian.adam@olympusgrp.com

Right?? This is the first time I’m citing Fake News. The real story is much juicier and full of missing details.

Colorado Timberline has been around longer than 2013. I did some work for them before related to logistics.

I feel bad for the people who lost jobs. That’s never a pleasant situation. However, I can’t help but wonder if it’s KARMA. The manner in which Mr. Greene treated me when I applied for a job at the facility was far beyond unacceptable. I DON’T feel bad for him in the least. If he’s that much at ease treating a stranger in that manner, I can’t imagine how he treated his employees. Yikes