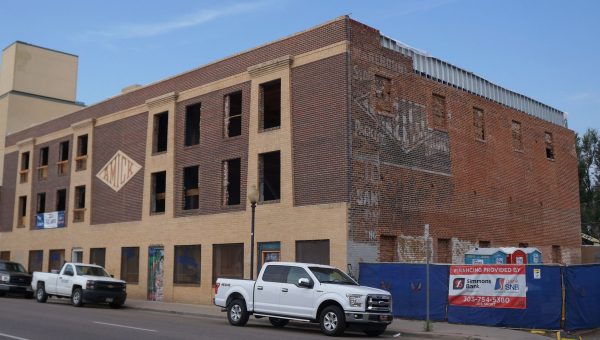 Denver-based Hyder Construction is renovating the structure at 1023 Santa Fe Drive, and will move its headquarters to the second and third floors. (Photo: Thomas Gounley)

A Denver-based construction company is fashioning a new headquarters for itself out of the remnants of an old office and warehouse building along Santa Fe Drive in Lincoln Park.

Hyder Construction has gutted the three-story structure at 1023 Santa Fe Drive, which has the logo of long-ago tenant Amick Storage and Transfer Co. incorporated into its brick facade.

That facade will be preserved as Hyder renovates the structure, which is actually three separate buildings — the oldest dating to about 1900 — merged into one. The company also is carving out a portion of the structure to enlarge the adjacent parking lot.

“We have a lot of people who visit job sites every day, so we need the parking,” said Tom McLagan, Hyder executive chairman.

The resulting structure will be about 30,000 square feet across three floors. McLagan said Hyder will move into the third floor, as well as a portion of the second — a total of about 15,000 square feet.

Hyder said a commercial real estate agency, which he declined to name, has leased the remainder of the second space. That leaves the approximately 10,000-square-foot first floor still available for retail or office tenants. Tyler Ryon and Steve Serenyi with Colliers International are marketing the space.

Right now, Hyder operates about a half-mile south, at 543 N. Santa Fe Drive. McLagan said the company has been there for 20 years, and occupies about 10,000 square feet. About 35 employees work there.

“We’ve run out of space, and to remodel that would be totally disruptive,” he said.

McLagan said Hyder didn’t want to leave the neighborhood, so, “I’d been looking up and down Santa Fe with a broker (Serenyi) for quite some time.” Serenyi called him as soon as 1023 Santa Fe hit the market, McLagan said.

Evergreen Three LLC, an entity managed by McLagan, purchased the 1023 Santa Fe Drive site in August 2017 for $2.4 million, according to records.

McLagan said the structure was “very dilapidated” at the time of purchase, with only a portion suitable to be occupied. Hyder designed the renovation project in conjunction with interior design firm Elsy Studios.

McLagan said the goal is to finish and move around year-end.

Evergreen Three LLC purchased 1023 Santa Fe from Newsed Community Development. BusinessDen reported in 2015 that Newsed and The Burgwyn Co. wanted to put in 58 apartments for low-income tenants. The plans involved renovating a portion of the structure and demolishing the remainder in order to build a new one. 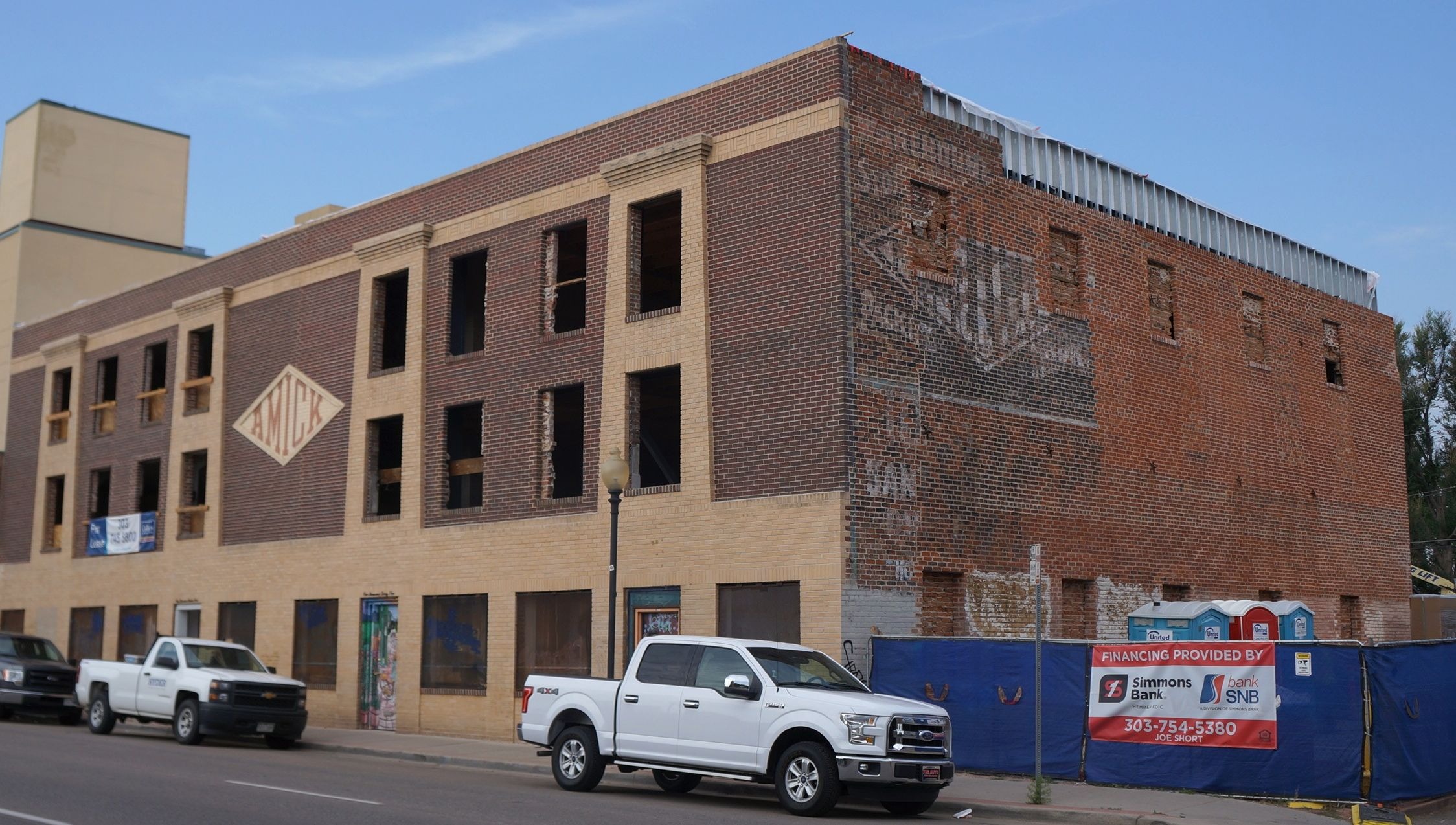 Denver-based Hyder Construction is renovating the structure at 1023 Santa Fe Drive, and will move its headquarters to the second and third floors. (Photo: Thomas Gounley)