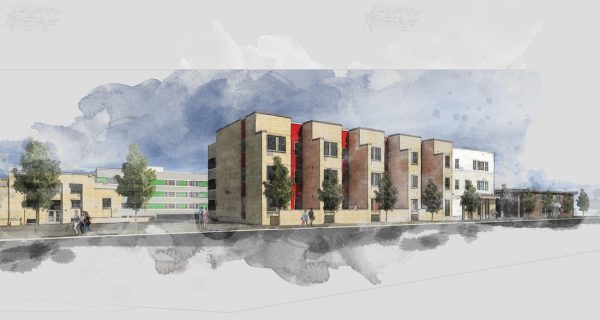 A former Masonic lodge in Lakewood is being converted into microunits as part of an affordable housing development.

Metro West Housing Solutions, a nonprofit that owns and manages apartment complexes in Lakewood and Denver, started work last week on the renovation of the former lodge at 1440 Independence St.

The structure was built in 1950 by the Lakewood lodge, as local chapters are known, of the Freemasons, a fraternal organization. Metro West spokeswoman Megan Schmidt said the nonprofit bought the property for $1 million in May 2008.

“They used it for decades and as membership declined, they opted to combine with the Wheat Ridge Masons and form a new group,” Schmidt said. “They sold the building to us and leased it back while the new lodge was being prepared.” 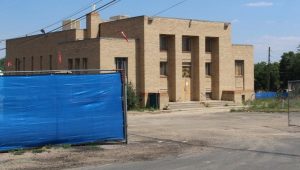 The former Masonic lodge at 1440 Independence St. in Lakewood is being converted into apartments.

The 10,698-square-foot building has been vacant for about three years, Schmidt said. It will be divided into 19 microunits averaging 388 square feet.

The converted lodge will be part of Indy Street Flats, which will bring 115 apartments reserved for those earning between 30 and 60 percent of the area median income to Lakewood’s Eiber neighborhood.

The bulk of the apartments will be in a new 84-unit structure Metro West plans to build next to the lodge. The remainder will be in the Belmont Manor property at the site, which is being converted into two-bedroom units.

Indy Street Flats is slated to be ready for move-in by late 2019.

The $37 million development is supported by more than $18 million in state and federal tax credit equity, according to Metro West. Shopworks Architecture designed the project. Taylor Kohrs is the general contractor.

Goodie… Seriously lets crowd Lakewood some more, but man doesn’t care as long as he can put money into his pocket. Ask the rooted residents if they want low income apartments .. I can speak for most of them (NOPE!) But the men (Once again man) we put into office .. doesn’t really care for the residents. Take away history what is wrong with you people? for ugly structures (Crazy!!)

Great idea. Love that the affordable housing issue is being taken into consideration. Many hard working people in Lakewood are struggling.

I think it’s great that Lakewood is finally building some affordable apartments! After only luxury, expensive apartments (and homes) being built the past several years, this project is way overdue and necessary. Converting the lodge into apartments is a great idea and something we need in other parts of Lakewood, instead of tearing up pristine land.

I’m so glad we are doing anything to address the housing crisis in our town and state. This looks like a wonderful option especially for college students! Thank you!

I agree. My kids are afraid that they won’t be able to live anywhere near us when they graduate and move out on their own. We need affordable housing.