The industrial building at 3560 Chestnut Place has sold for $6.86 million.
Credit: Thomas Gounley

An industrial building on a 0.72-acre lot in RiNo has sold for well over twice the price it fetched when it last changed hands two years ago.

No. 38 Property LLC purchased 3560 Chestnut Place in Denver last week for $6.86 million, according to county records.

Collegiate Peaks Bank provided financing for the deal. The seller was Delgany Shop LLC, which purchased the property for $2.5 million in July 2016, according to records.

The lot is two blocks off Brighton Boulevard, at the corner of Chestnut Place and 36th Street. The vacant building on it is 13,828 square feet, according to city records.

It was previously home to Bert’s Model A Ford Center, according to signage at the site. The business, which supplies parts for one of Ford’s earliest models, relocated to Englewood.

The LLC that purchased the site lists an office address that corresponds to a residential property in Greenwood Village. Spencer Fronk is the manager of the LLC, according to records. Attempts to reach Fronk for comment were unsuccessful.

An adjacent 0.42-acre parcel at the corner of Chestnut Place and 35th Street, previously home to dog day care business Mile High Mutts, sold in May for $3.8 million. Last week, the new owner submitted a project concept to the city proposing a 12-story building on the site, with ground-floor commercial space and 100 residential units on the upper floors. 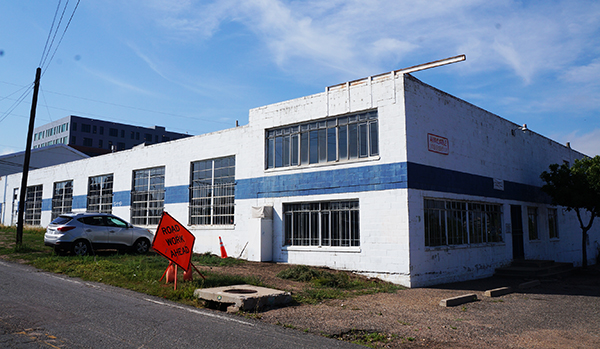 The industrial building at 3560 Chestnut Place has sold for $6.86 million.
Credit: Thomas Gounley