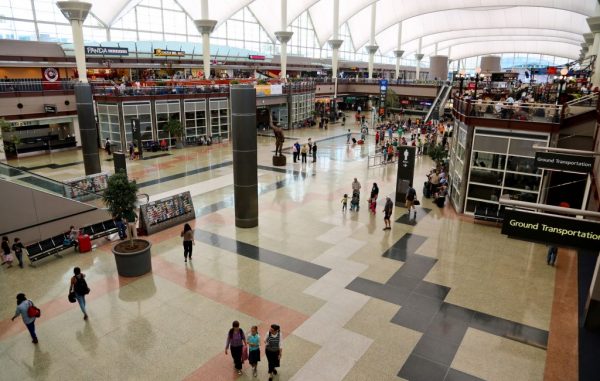 A lawsuit alleging bribery over a DIA restaurant concession contract has been tossed out of court.

In February, DIA Brewing CO. LLC — which is affiliated with Wynkoop Brewery and the Cherry Cricket — filed a lawsuit alleging the airport passed on its bid for a contract for a few burger joints, coffee shops and a brewery in favor of a less qualified bid, and one that included a bribe.

District Court Judge Brian R. Whitney closed DIA Brewing’s case on June 28 on grounds that it did not provide sufficient evidence proving it lost the contract unfairly and fraudulently.

MCE-DIA, the Michigan-based defendant in the case, won a 10-year contract in March 2016, which included a Tom’s Urban Kitchen and Brewery, a coffee shop and two Smashburger spots.

According to the original complaint, the lawsuit said the contract required businesses with a minimum of 10 years of experience and $4 million in gross sales.

The plaintiffs alleged that the contract winners did not meet these requirements, and that DIA’s chief revenue officer at the time took bribes to ensure that MCE-DIA won the contract.

However, bid rankings published by DIA show that DIA Brewing finished fourth out of five for the contract, according to court documents. DIA Brewing argued that these rankings were part of the cover-up but did not present any further details, witnesses or documents to prove fraud, the judge ruled.

“The Court must weigh the evidence offered and satisfy itself as to the existence of the power to hear the case. It therefore finds Plaintiff has not sufficiently established actual injury to create standing,” Judge Whitney wrote in his ruling.

The judge says the plaintiff, which is associated with Wynkoop Brewery and Cherry Cricket, couldn’t prove its case.