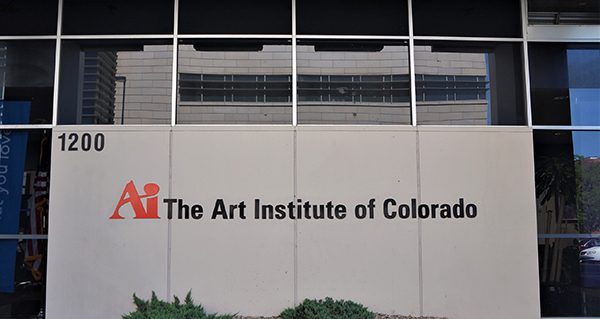 The Art Institute of Colorado has ceased enrolling new students, and told the state it plans to lay off 160 people later this year. Photos by Thomas Gounley.

An art school along Lincoln Street in Capitol Hill has told the state it will close later this year, eliminating 160 jobs.

Seventeen other Art Institute campuses around the country are in a similar position, according to an internal company memo.

In its Friday letter to the Colorado Department of Labor and Employment, Dream Center classifies 83 of the employees affected by the closure as faculty, with 70 of the faculty described as part time and adjunct. Another 41 are described as student workers. 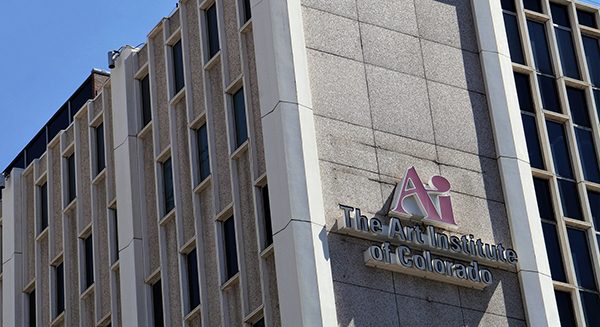 The Art Institute of Colorado is located at 1200 N. Lincoln St. in Denver.

The remaining employees have job titles that include model, registrar and student accountant.

Dream Center notified the state in an effort to comply with the federal Worker Adjustment and Retraining Notification Act, which requires large employers to provide advance notice of plant closings and significant layoffs.

There were once more than 50 Art Institutes around the country, but that number had dwindled to 31 by March 2017, when longtime owner Education Management Corp., a Pittsburgh-based company, reached a deal to sell the campuses to Dream Center, which is affiliated with a Los Angeles-based Pentecostal organization.

The sale, which has since closed, also included schools under the Argosy University and South University brands.

Dream Center spokeswoman Annie Dean said in a statement Monday that “a number of schools” operating under the three brands had “made the decision to cease new enrollments.”

“This decision is for new students only and we will redirect prospective students to our online offerings or one of our other campuses,” Dean said. “Current, active students should continue to attend class as scheduled.”

Dean did not respond to additional questions.

According to its website, The Art Institute of Colorado offers bachelor’s and associate’s degrees in programs such as interior design, filmmaking and audio production. It also offers certificate and nondegree programs.

The cost of obtaining a bachelor’s degree is about $90,000, not including housing, according to the website.

The Art Institute’s enrollment has declined in recent years. A spokeswoman for the Colorado Department of Higher Education said the school had 1,018 students in 2017, down from 2,507 students in 2014.

The nine-story building at 1200 N. Lincoln St. that houses the Art Institute is owned by Store SPE 1200 Lincoln LLC, which purchased it for $14.1 million in 2012 from Colorado Institute of Art Inc.

The Art Institute of Colorado has ceased enrolling new students, and told the state it plans to lay off 160 people later this year. Photos by Thomas Gounley.

stop dreaming and get to working