Investors are swiping right on a Denver dating site to the tune of $5.5 million.

MeetMindful, an app that pairs people who share interests in yoga, meditation, green living and other “mindful” hobbies, has raised $5.5 million, according to a recent Form D filed with the SEC.

Founder Amy Baglan, who launched the startup in 2015 and went through the Techstars incubator in Boulder, said the new capital will go toward MeetMindful’s new app, hiring and future products. 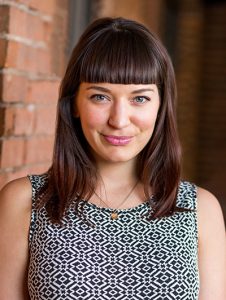 “We already launched a new version of the app in Portland and Seattle,” Baglan said. “Those are some of our two most active markets.”

This is MeetMindful’s largest funding round and comes on the heels of the startup doubling its office space to 5,000 square feet at 1444 Wazee St. The company moves in this summer.

Baglan’s previous app version cost user $29 per month after a free trial in order to message and interact with matches. But she said that has changed in the newest model, including providing more free features for users.

“We’re seeing an increased need for deep engagement past what used to be the standard ‘I see someone, I like them, and I want to send them a message,’” Baglan said. “People connect with one another about certain topics. If apps can facilitate that, then we’re providing people what they need to be successful.”

“We hear and receive success stories and feedback multiple times a day,” Baglan said. “It’s why I wake up in the morning.”

Investors are swiping right on a Denver dating site to the tune of $5.5 million.