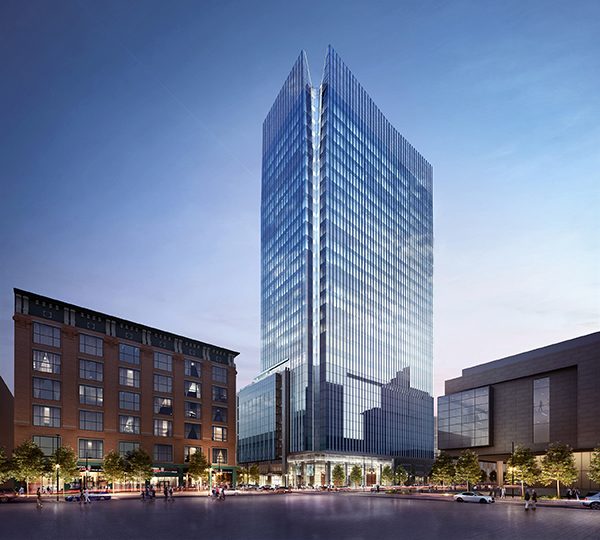 The developer of Block 162 expects the new 30-story office tower in downtown Denver to come together over the course of the next two-and-a-half years.

Houston-based Patrinely Group said Monday that it is beginning construction on the tower, and completion is expected in December 2020.

BusinessDen reported last week that the first construction permit had been issued for the project.

Block 162 is being built at 675 15th St., between California and Welton streets. The 595,000-square-foot building will have 9,900 square feet of ground floor retail space, and offices on the 11th through 30th floors. The 11th floor will also house a fitness center, lounge and rooftop garden.

Patrinely is developing the building as part of a joint venture with USAA Real Estate Group. Gensler is the architect, and Swinerton is the general contractor. Cushman & Wakefield is the landlord’s broker. No tenants have been announced.

The most recent office tower to go up in Denver — the 40-story 1144 Fifteenth — also took about two-and-a-half years to go from groundbreaking to its completion earlier this year.