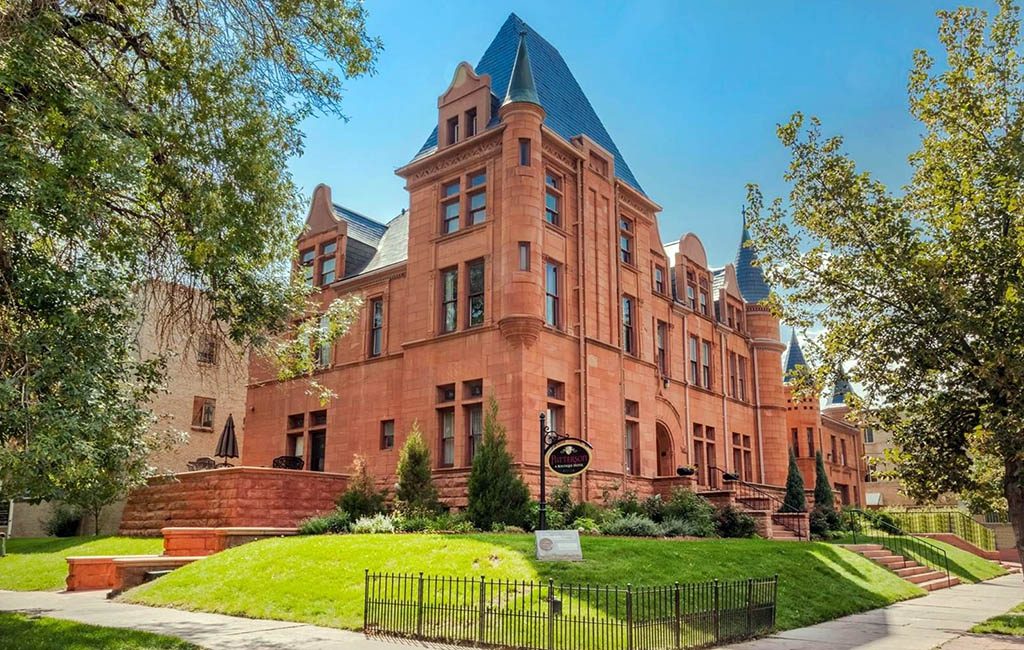 The Croke-Patterson-Campbell Mansion in Cap Hill was purchased this month. (REcolorado and LIV Sotheby’s)

A Capitol Hill mansion used as a bed and breakfast has sold, and the new owner would like to add a cannabis component.

Chris Chiari purchased the Croke-Patterson-Campbell Mansion — which he calls a castle — at 420 E. 11th Ave. last week for $2.35 million, according to property records.

The 12,000-square-foot building has been home to the Patterson Inn since October 2012. Chiari said he paid an additional $70,000 for the assets of the business and brand name.

The seller was Brian Higgins, an architect who purchased the property for $565,000 in June 2011, according to records. Higgins renovated the property and opened the hotel.

Chiari, 44, said the building has 10 bedrooms and 13 bathrooms. Nine of the rooms are rented to guests; the last is occupied by Michelle Cobb, the property’s general manager. She will continue to manage the business under Chiari.

Chiari said the rooms average about $250 a night and occupancy over the last two years has been 48 percent, which he described as on “the lower end” for area hotels, but “sound.”

He said he wants to bring more life to the property by hosting events such as a regular “Music and Toast” jazz-and-brunch he expects to hold on Saturdays.

Chiari, a partial owner of dispensary Simply Pure in the Highlands, said he also is considering applying for a social cannabis use permit, which would allow consumption on site. Citing the time New York Times columnist Maureen Dowd ate too much of a cannabis-infused chocolate bar in her Denver hotel room, Chiari said he sees a need for visitors to Colorado, particularly those older than 50, to have a place where they can use marijuana and have a knowledgeable staff on hand to answer questions.

“And you can’t say it wasn’t driven by the address above the door,” Chiari said, noting the 420 street number. 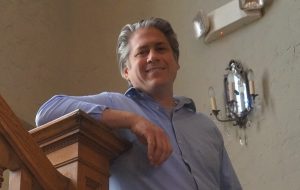 The Patterson Inn, however, has permits that allow it to serve both food and alcohol to guests, and Chiari said the social use permit can’t be used in conjunction with those.

He said he intends to approach the city to see if there’s a way that the hotel would be able to regularly suspend its social use license — thus forbidding guests from using cannabis — at times it wanted to serve food or alcohol.

“I do intend to engage the city and possibly even apply (for the permit),” Chiari said. “Whether or not a conversion happens depends on staff buy-in.”

Chiari grew up in New York City and lived in California and Florida before moving to Denver in early 2013.

The Patterson Inn isn’t Chiari’s first Denver mansion. Shortly after arriving in the city, he paid $950,000, according to records, for the large home on Emerson Street in Uptown where he lives. He said the home has since doubled in value, and he tapped into its equity to buy Patterson Inn.

Chiari said he’s new to the hospitality industry but has a varied business background. He said he did “marketing and messaging” work as a consultant for numerous companies starting in the late 1990s, often getting paid in stock, not cash. His LinkedIn page identifies him as head of business affairs for Los Angeles-based production company Alethia Films. He ran for Denver City Council in 2015 and is active within the local Democratic party.

The mansion was commissioned by Thomas B. Croke, who moved there in the fall of 1893, according to Chiari. Croke, originally from Wisconsin, was a merchant and plant breeder who served in the Colorado Senate.

Modeled after chateaus of the Loire Valley in France, the mansion sits on a quarter-acre lot and features peaked roofs, turrets and a carriage house.

Croke sold the property to Thomas Patterson, a fellow politician. Patterson represented Colorado in the U.S. Senate from 1901 to 1907 and was the publisher of Rocky Mountain News.

The house passed next to Patterson’s daughter Margaret and her husband Richard Campbell.

After turns functioning as apartments and office space, the building was vacant when Higgins acquired it in 2011 and converted it into a hotel.

The Croke-Patterson-Campbell Mansion in Cap Hill was purchased this month. (REcolorado and LIV Sotheby’s)

A mansion used as a bed and breakfast has sold for more than $2 million, and the new owner would like to add a cannabis component.