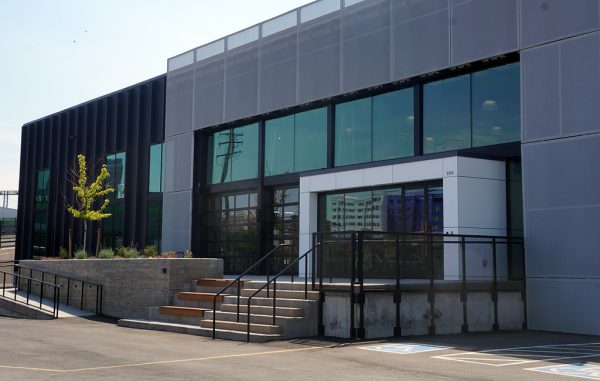 The building at 2323 Delgany St. in Denver is branded The Yard at Denargo Market. (Thomas Gounley)

The Yard IP Holdings on Monday sued WL Denver Delgany Owner in federal court, alleging the entity that owns the structure at 2323 Delgany St. in Denver has violated its trademark by branding the building The Yard at Denargo Market.

The plaintiff says in the lawsuit that it trademarked the phrase “The Yard” in association with “leasing and rental of office space, namely, providing coworking facilities.” The business claims it licenses the trademark to operators of 14 coworking facilities in New York, Philadelphia, Boston and Washington, D.C.

It says the defendant’s use of the phrase “The Yard” is “likely to cause confusion” by causing consumers to believe the Delgany Street facility is affiliated with the brand.

The plaintiff says in the lawsuit that it filed for the trademark of “The Yard” in December 2012, and that the trademark was issued in June 2015.

The defendant was incorporated in December 2015, according to the lawsuit. Denver County records show WL Denver Delgany Owner LLC purchased the Delgany Street property in January 2016 for $10.5 million.

The website for The Yard at Denargo Market says the 86,100-square-foot building — constructed in 1975 at the site of a marketplace that once boasted 500 vendors — was renovated in 2017 into modern office space.

The lawsuit says the Denver building offers “many of the same services” offered by the coworking brand, including an “open and collaborative workspace environment with access to meeting and conference rooms, complimentary beverages, shared common spaces and a fitness center.”

The plaintiff claims in the suit that it sent the defendant a cease and desist letter last December, asking The Yard at Denargo Market to stop using “The Yard.”

The lawsuit says the defendant, in a February letter, “denied infringement and confusion” and declined to drop the phrase.

The plaintiff wants the defendant to stop using “The Yard,” to pay damages and “profits attributable to its wrongful conduct” and to hand over all websites, signs and promotional materials that use the phrase.

The New York firm is represented by Peter A. Gergely and Dana P. Jozefczyk of the Denver office of Merchant & Gould. 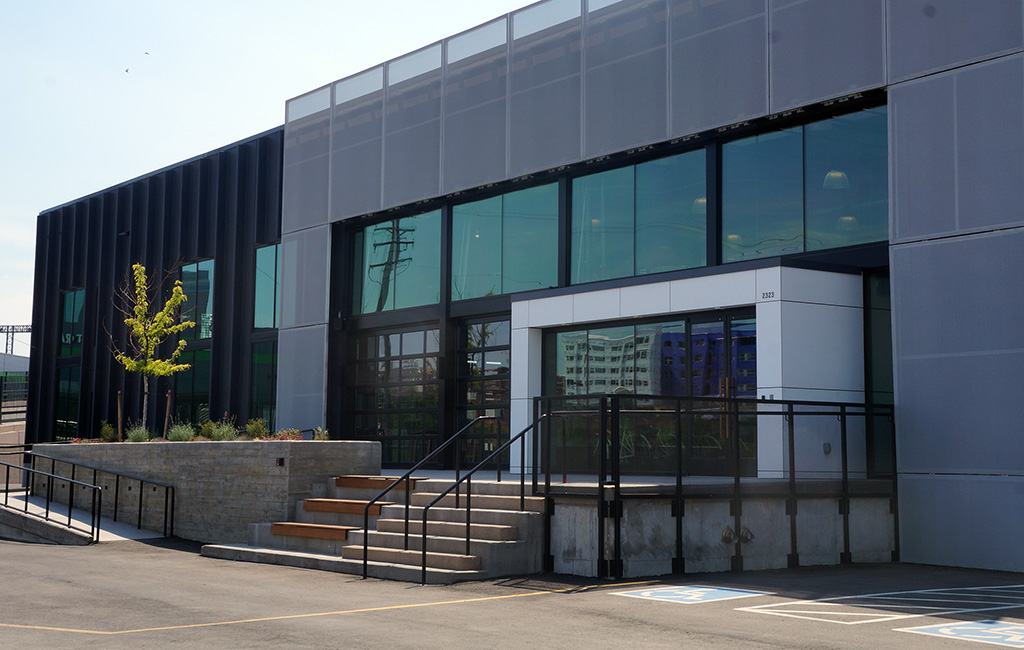 The building at 2323 Delgany St. in Denver is branded The Yard at Denargo Market. (Thomas Gounley)

A coworking brand with 14 facilities on the East Coast says RiNo's The Yard at Denargo Market needs to change its name.

There is another space called The Yard at Santa Fe also in Denver.