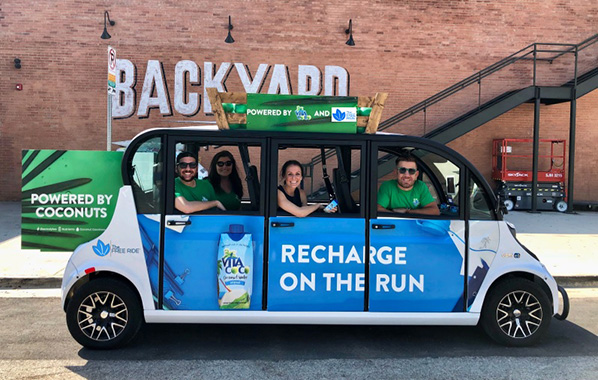 The 16th Street Mall bus is no longer the only free ride in town.

The Free Ride, a New-York based startup that provides shuttles in six-person electric vehicles, is adding three vehicles in downtown Denver.

“We really wanted to be able to service a downtown area where there’s a lot going on, somewhere where there’s a walking culture, but also a place where someone would want a quick ride,” said Alyson Brown, chief marketing officer.

The electric cars are manufactured by General Electric Motors. The Free Ride has hired 10 drivers in Denver that will operate the vehicles from 11 a.m. to 8 p.m. every day, concentrating on most of downtown, including between Speer Boulevard and 20th Avenue, as well as up Broadway to Colfax Avenue. Riders can flag a driver to hitch a ride, or download the company’s app to request one.

In 2011, James Mirras and Alex Esposito founded The Free Ride in New York as a way to transport New Yorkers around the Hamptons and alleviate parking issues.

“We originally were founded as a beach shuttle, but it has since expanded to a downtown mobility solution,” Brown said. “We’re really looking to be a solution to that 1- to 2-mile gap.”

“We have other municipalities who have loved the service so much that they fund it,” Brown said.

The low-speed vehicles travel at about 30 miles per hour. They will operate through the summer. The startup has more than 100 vehicles operating in 16 cities in New York, Florida, California, New Jersey and Texas.

“This is our pilot and test,” Brown said. “We would definitely like to expand in Denver.”

Denver is also home to the U.S. headquarters of eTuk, a manufacturer of shuttle trikes for commercial businesses or transportation around town. 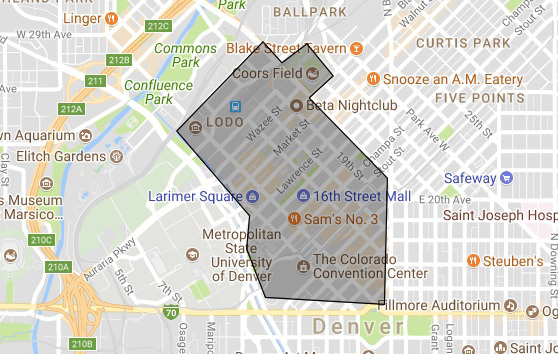 Map of The Free Ride coverage.

Are any of these vehicles wheelchair accessible?

Hopefully this will go well and they can pop over to adjacent neighborhoods, like Highland, which is just a wee bit too far to walk, but doesn’t have good transportation alternatives.