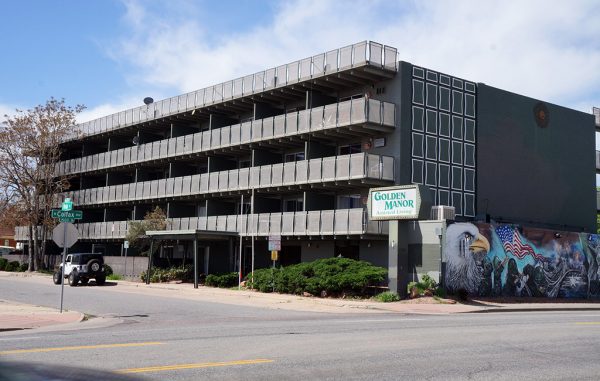 The new owners responsible for closing Golden Manor, the West Colfax Avenue assisted-living facility, want to convert the building into condominiums and include commercial space on the ground floor.

Ben Hrouda, principal with Golden Manor Owner LLC, said he and his partners hope to undertake a “full renovation” of the 30,000-square-foot structure at 4600 W. Colfax Ave. in coming weeks, and to complete the work by yearend.

The project will be named Circa West. It would have 57 studios and seven one-bedroom units, matching Golden Manor’s numbers.

The studios range from about 360 to 500 square feet, he said. The largest one-bedroom unit is about 750 square feet. The plan is to price the units, which also have balconies, “between the high 100s and the high 300s.”

“I’m a fourth-generation Colorado native, and I grew up here,” Hrouda said. “I know how hard it is to buy anything in Denver, especially at an affordable price point, and we want to deliver that product.”

Plans also call for two first-floor commercial spaces: a 2,700-square-foot space intended for restaurant use, and a second 1,000-square-foot unit.

Hrouda said the building was constructed in the early 1960s and has not had significant renovations since. It originally was a hotel, he said, before being converted to an assisted-living facility in the early 1990s.

The site was listed for sale last year. According to Denverite, Denver Councilman Rafael Espinoza urged the city to buy it so residents wouldn’t be displaced, but the idea didn’t gain traction.

Hrouda said he and his partners, whom he did not disclose, purchased the property last fall for $6.6 million from Kentucky resident Ronald Saykaly, who had owned it since the early 1990s. The deal also included a parking lot across Vrain Street; Hrouda said plans have not been finalized for that parcel.

Golden Manor had 66 residents, many of whom were Medicaid recipients. They were told in January they had to move out, and did so by the end of April.

Regarding the new name for the site, Hrouda said “Circa” is intended to suggest the history of the site, while “West” refers to both its location on Colfax and Colorado’s location in the western U.S.

The ownership has hired LIV Sotheby’s International Realty to market the condominiums and Crosbie Real Estate to market the retail space.

Hrouda’s other projects include the construction of condos on the site of the former Broadway Hotel at 1616 S. Broadway in Denver. 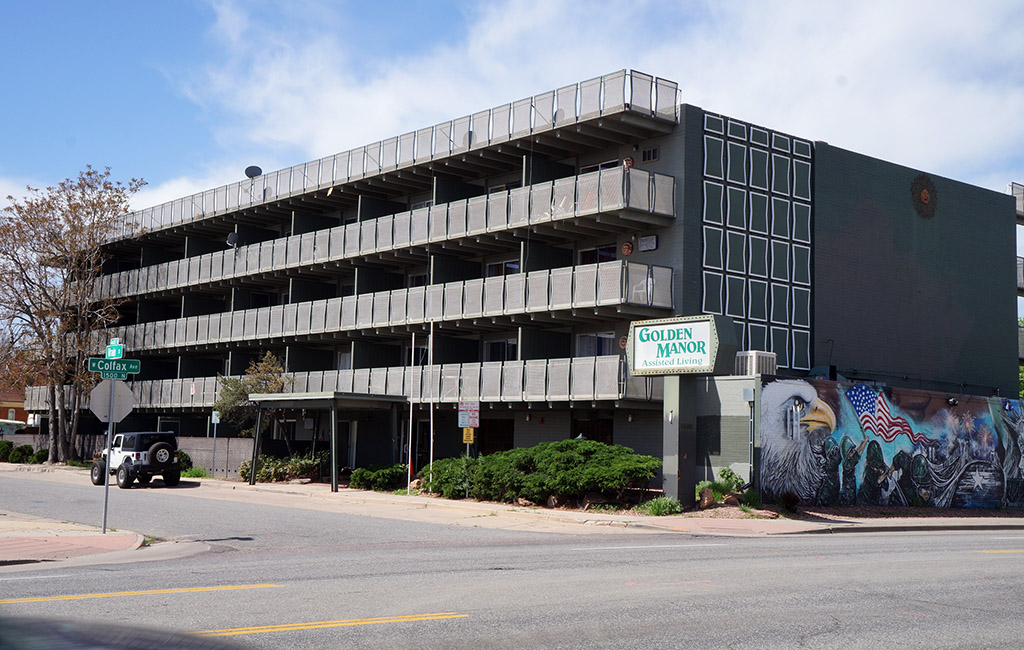 The new owners responsible for closing Golden Manor want to turn the building into residential units and ground-floor commercial space.

As much as wanting to deliver a below market product might make the developer feel good, it is plain foolish. Buyers will just see a bargain, buy the product, and resell it at a profit, the same profit that the developer should have claimed for himself. Below-market products also create risk and could make the development unstable. The only fair and true way to sell a product is at fair market price.

It’s actually not a below market product, with a price of well over $500 psf. They’re just really small, and it’s a unique niche for this developer. Trust me, they’ll be making a profit.