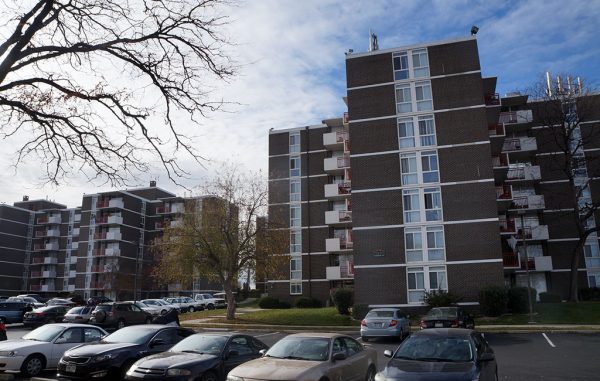 Two Laramar executives did not respond to a request for comment.

The proceeds were split between two selling entities. WSV Dorchester LP, an entity associated with Dallas-based WillMax Capital Management, previously had a 94.5 percent interest in the property, with Kirtland C. Woodhouse owning the remainder.

The property is just west of the intersection of Colfax Avenue and Federal Boulevard and has more than 20 structures.

Willmax’s website calls Overlook “a gated community located near downtown Denver without the downtown prices.” Its website lists one bedrooms starting at $1,355 per month.

A representative who answered the phone at the complex Friday declined to provide basic details such as the number of units. No one responded to a voicemail left at Willmax’s Dallas office.

Earlier this year, a WillMax manager was sentenced to eight months in federal prison after the company released asbestos dust during a remodeling project at Overlook at Mile High, according to the Denver Post. Tenants were living in the building at the time.