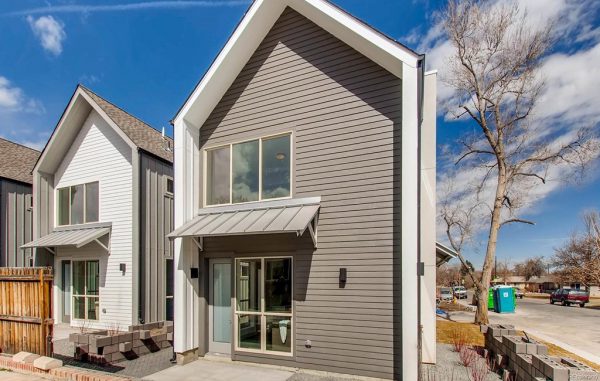 The developer behind a batch of eight “modern farmhouses” a few blocks north of City Park Golf Course is testing to see if an investor wants to buy the whole shebang rather than selling off each unit one-by-one.

Broker Drew Armbruster with Parkview Real Estate listed eight townhomes at 2817-2823 Jackson St. in the Skyland neighborhood for a combined $4.5 million. The units range from $559,000 to $600,000 if a homebuyer wants just one.

“Lately the way the investment market has been, there’s been demand for these type of projects,” Armbruster said.

The style of the 1,640-square-foot homes – including a steep pitched roof and elongated farmhouse structure – takes after other designs popping up in Denver neighborhoods.

A BusinessDen feature on that architectural style can be found here.

“We really liked having more of the Victorian-style roof,” Armbruster said. “We just wanted to go away from any sort of rectangular form and give something that will hold up over time.”

The group of townhomes share a driveway, and the only attached walls are on the garage. The rest of the homes are detached, and each comes with a front patio. Each residence has three bedrooms and three bathrooms. 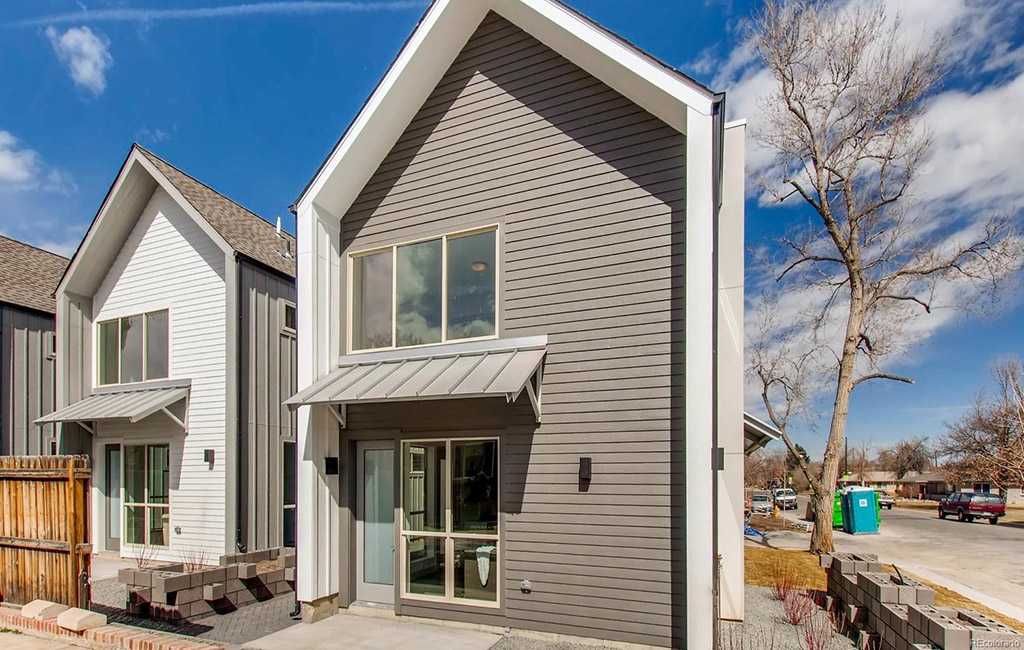 The developer wants to see if an investor would buy the whole shebang rather than selling off each unit one-by-one.