Buell Foundation: The organization is working with Gary Community Investments to provide $4 million in funding over four years to a project led by Early Milestones Colorado. The project will support Colorado’s early childhood education workforce.

American Indian College Fund: The Denver-based nonprofit is giving funding to three universities for its $1.35 million Scholarly Emergence for Environmental Design and Stewardship program. Each school will receive $100,000 from 2018-2020. The grant will fund environmental education programming at Aaniiih Nakoda College in Montana, Leech Lake Tribal College in Minnesota and the College of Menominee Nation in Wisconsin.

On Feb. 9, the American Indian College Fund was recognized with the First National Bank of Omaha Award for Outstanding Service to Public Education by the NEA Foundation in Washington D.C. 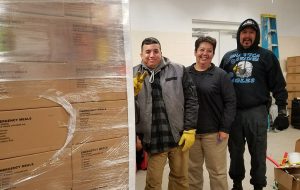 Conscious Alliance: The Boulder-based nonprofit brought more than 48,000 meals to the Pine Ridge Indian Reservation in South Dakota. The meals were valued at $289,000 and were distributed to schools and the food bank operated by Conscious Alliance.

Posner Center: Through its International Collaboration Fund, the Posner Center has awarded $50,000 in grants.

Denver Zoo: The zoo announced earlier this month that it served a record of more than 2.2 million people in 2017. The attendance came from a mix of ticket sales as well as Denver Zoo free days and outreach programming. The former record was in 2012 when the zoo served just over 2 million people.

American Heart Association: The AHA is expanding its Jump Rope for Heart programming by joining forces with the Rocky Mountain Hospital for Children. The Heart Hero campaign will go out to 195 schools with more than 100,000 students in the Denver metro area.

MSU Denver: The university announced a new program with United Airlines that will help set select student pilots on a career path toward flying with the commercial company. The career program will start in August 2018. 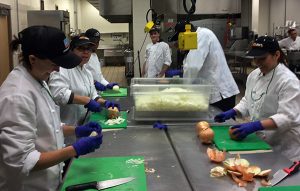 Students go through a free, four-week training course that includes a hiring fair.

Butterfly Pavilion: Greeley-based Rice’s Honey is working with the Butterfly Pavilion’s Pollinator Awareness Through Conservation and Education program to raise awareness on the importance of bees and other pollinators. The company will release a new logo and website in collaboration with the program. Rice’s will also launch digital and social media advertising campaigns with information on PACE.

National Sports Center for the Disabled: The nonprofit is hosting the 43rd annual Wells Fargo Ski Cup at Winter Park from Feb. 23-25.

Colorado Ballet: The ballet is holding its annual gala at the Ellie Caulkins Opera House on Feb. 22. An Evening in Verona: a Romeo and Juliet Gala will highlight Colorado Ballet’s third production of the 2017-2018 season.

Glendale Girls Club: On March 1, the Glendale Girls Club, a division of the Greater Glendale Chamber of Commerce, will host a gala at Balistreri Vineyards in Denver. Proceeds from the event will go to SafeHouse Denver and Extended Hands of Hope. 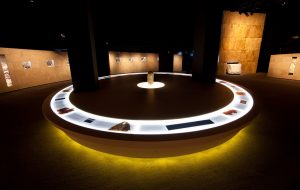 Denver Museum of Nature and Science: Tickets are on sale at the DMNS for the Dead Sea Scrolls exhibit, opening March 16. The museum will have 10 scrolls on display and hundreds of artifacts from the Middle East.

The Dead Sea Scrolls are the oldest known biblical documents, and date back 2,000 years.

Urban Arts League: A mural of elephants was painted late last month at 2305 Tremont Place in Denver. The mural was sponsored by For the Love of All Things. Artist Patrick Kane McGregor worked to create the mural with the Urban Arts League.