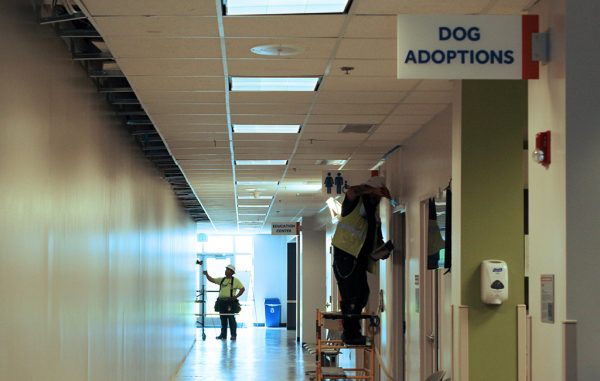 The $40 million renovations will bring the DFL’s facility up to 110,000 square feet. (Kailyn Lamb)

One of Colorado’s richest businessmen is looking out for man’s best friend.

Cable magnate John Malone has pledged $20 million through his foundation to The Dumb Friends League for a three-year project to renovate its facility near the corner of Evans Avenue and Quebec Street.

“We have the support from our community to do that operationally, we just need the facility to make that happen.”

The DFL has raised $6 million so far – a combination of individual pledges and Malone’s match – which will rebuild the dog adoption area and expand the veterinary clinic and admissions area.

Steele said that much of the construction costs will go toward ventilation to keep out odors and help maintain disease control.

The organization reported revenue of $16.8 million in 2016, according to tax filings. 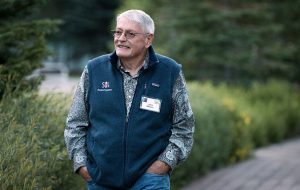 John and Leslie Malone also helped the DFL fund its Harmony Equine Center in Franktown near Castle Rock, which opened in 2012. The philanthropists also have donated to Colorado State University’s veterinary school, including a $42.5 million gift for the Institute for Biologic Translational Therapies in December 2014.

“We have a longstanding relationship with them,” Steele said. “They like that we are a nonprofit that runs like a business.”

Construction on the dog adoption area has begun. The main part of the building, which was first built in 1974, will be demolished and rebuilt starting in July.

While parts of the DFL facility had been added or renovated over the years, the dog adoption facility remains much the same as when it was built 43 years ago. It currently holds 100 kennels, and only has one drain.

The new dog adoption area will include sound proofing and isolated, enclosed holding areas for dogs that are unfriendly or sick. More room for animals means the DFL can accommodate shelters outside of the state that may not have room to care for large numbers of dogs or cats.

The $40 million renovations will bring the DFL’s facility up to 110,000 square feet. (Kailyn Lamb)

The cable magnate has pledged $20 million through his foundation for a three-year project to renovate the nonprofit's facility near the corner of Evans Avenue and Quebec Street.