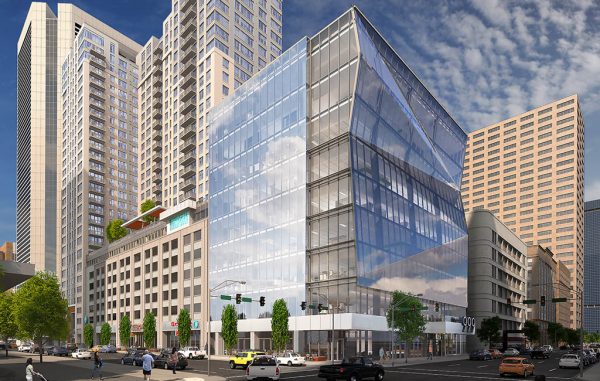 Rendering of the office tower being constructed at 999 17th St. in Denver. (Shea Properties)

A California-based developer is moving on to the second phase of its block-long, mixed-use project downtown.

Shea Properties, which has an office in Greenwood Village, has begun construction on a nine-story, 100,000-square-foot speculative office building at 999 17th St.

Executive Vice President Peter Culshaw, who oversees Shea’s Colorado portfolio, said the new structure will be called the Prism Building, in reference to a folded glass wall on the 17th Street side.

The ground floor will have about 7,000 square feet of retail space, which Culshaw expects a restaurant to fill.

Shea began constructing the Quincy in 2016, and the building is being delivered in two parts. Leasing began last week for units on the lower floors, with studios starting around $1,500 per month, Culshaw said. The upper floors will be complete next month.

“I think that we’re offering an alternative to people who live in the core of downtown, to live near where they work,” Culshaw said.

Work on the Prism had to wait until the Quincy was nearly complete because the office building parcel was used as a staging area during construction. Culshaw said he expects the building to be delivered by yearend.

He said he’s encouraged by interest in other recently completed office projects downtown, and believes moving to newer buildings helps businesses with employee recruitment and retainment.

Davis Partnership is the architect for both the Quincy and the Prism. Colorado Springs-based GE Johnson is the general contractor.

Shea’s Denver portfolio includes The York on City Park Apartments, a 212-unit complex at 1781 York St., and office buildings Crescent IV and DTC 5 in the Denver Tech Center, according to its website. 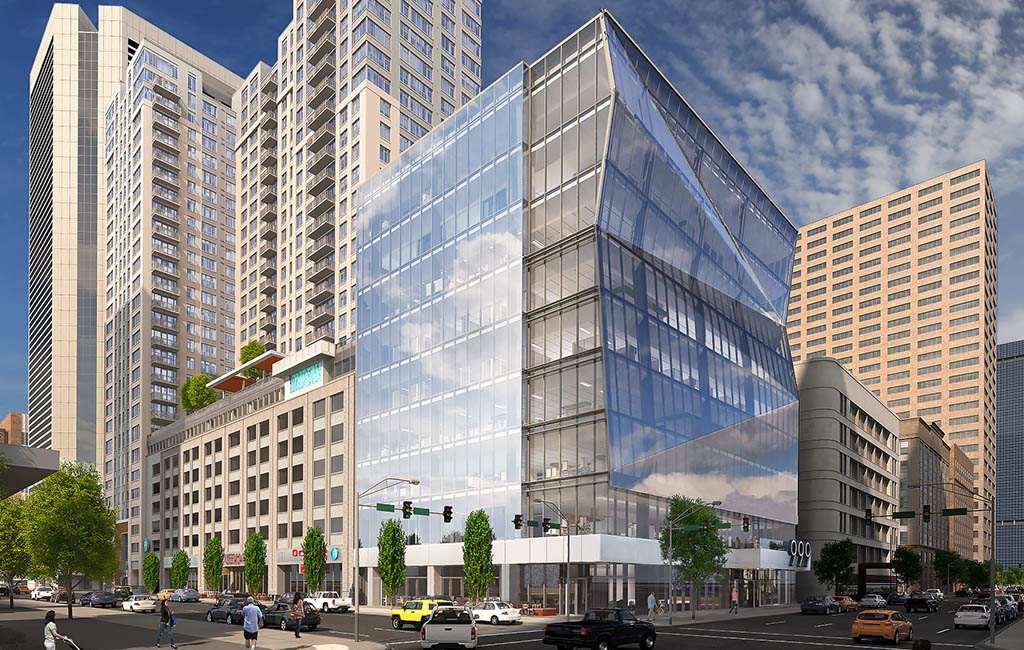 Rendering of the office tower being constructed at 999 17th St. in Denver. (Shea Properties)