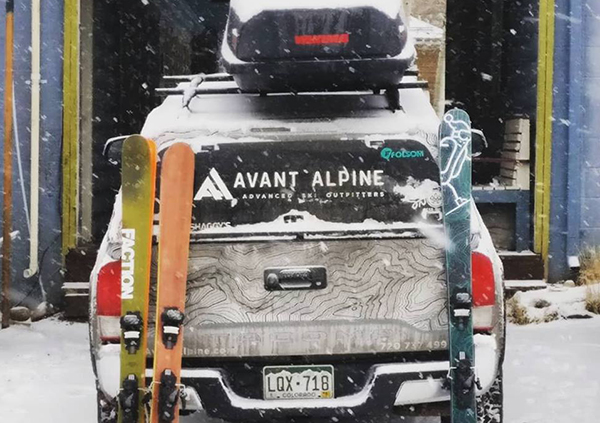 The former energy lawyer drives his truck around Summit County, delivering one of the 50 pairs of skis he owns in the first winter of running Avant Alpine, his Frisco ski rental shop that rents out skis only from smaller brands.

“We started getting a little tired of the way we were seeing ski shops run,” said Howe, 31. “We wondered why there wasn’t a shop out there catering to small-brand skis.”

Most rental shops carry skis from the major manufacturers. Avant Alpine has a different approach, carrying 50 pairs of skis from small brands, including Denver-based Folsom Skis.

“Every single ski company that we carry is independent of a major ski conglomerate,” Howe said. “Big box isn’t going anywhere … (but) we just wanted to take a shot at a little different setup.”

Customers pay $45 to rent a pair from Avant for a day. Depending on availability, customers can either rent from Avant’s Frisco shop, or Avant will deliver skis and accessories to resort parking lots in Summit County and to individuals in Denver and elsewhere. Avant does not charge extra for delivery.

If customers enjoy their skis enough to buy a pair, Avant fulfills the orders through the ski companies, and the skier gets a $45 discount.

Howe is not sure how many rental days on each pair of skis will make the business profitable. He plans to sell about half of Avant’s skis at the end of the season.

Howe and Burgman invested $50,000 of personal funds into the Frisco storefront and inventory.

Avant’s lease is for five months. Howe and Burgman want to find a permanent space for the ski shop and create a place for skiers and snowboarders to gather—similar to RMU’s Breckenridge ski shop and tavern.

“We are actively looking for a permanent location,” Howe said.

In Frisco, Avant Alpine rents out skis only from smaller manufacturers