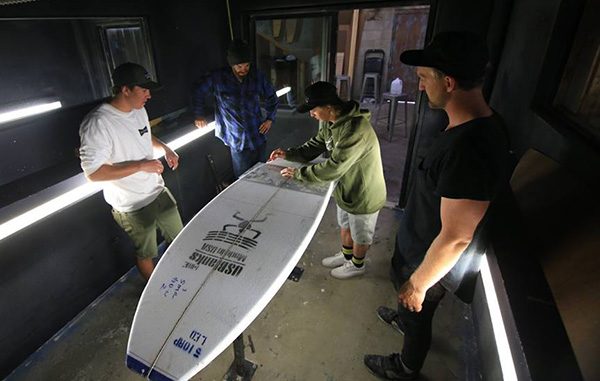 The owners of ski manufacturer Rocky Mountain Underground used to accept beer as payment for the skis it pressed in its underground Breckenridge garage.

But the Breckenridge-born brand sure resembles a real business: selling internationally, filing for patents, and now beta launching a new model based on the physics of a surf board.

Earlier this year, RMU sent two of its employees to San Diego to learn how to make surfboards. They then applied those design principles in their newest North Shore ski and applied for a patent on the design this August. Instead of a ski’s flat base, Waesche said the ski mimics the concave contours underneath a surfboard, increasing the ski’s surface area without having to increase the width significantly. This shape allows the ski to float more easily and create smoother powder turns, he said.

“You can take a narrower ski into deeper snow,” Waesche said. “It’s truly a unique shape…we are excited to see what ski manufacturers do… it could mean a lot for skiing.”

Rocky Mountain Underground is selling a preliminary run of 20 skis at the Evo store in Denver in November. On its website, the North Shore skis cost $800.

“Because we developed all tooling, we are going to build them here and then take them to bigger factories in 2018,” Waesche said, adding that RMU uses factories in Quebec, Austria and Sweden.

In those early days, Waesche and fellow founder Luke Allen painted houses on the side to buy more materials for their skis. But last year, they branched out beyond their ski presses and wood shop to open a 1,700-square-foot shop on 114 S. Main St. in Breckenridge that includes a retail shop and a tavern serving beer and cocktails.

RMU employs 32 people in Breckenridge, after hiring 21 new workers to operate the shop and tavern.

This summer, the shop added a bier garden to its Breckenridge hub and converted the empty lot next to them into a live music venue. RMU has also introduced a line of backpacks as an off-season option to its winter skis.

“Rocky Mountain Underground is an accidental ski company,” Waesche, 31, said. “We realized how much beer we had and that we could actually sell these.” 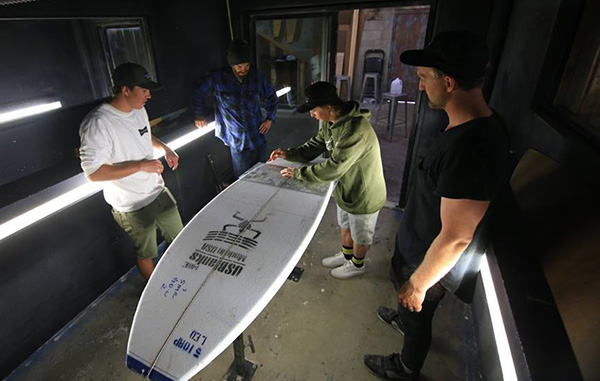 A 10-year-old ski brand is beta launching a new model based on the physics of a surf board.

Suggestion box: when you guys are profiling a company, can you please include a link to their website at the end of the article? This would be a great feature to learn more without having to set out on the Google machine.