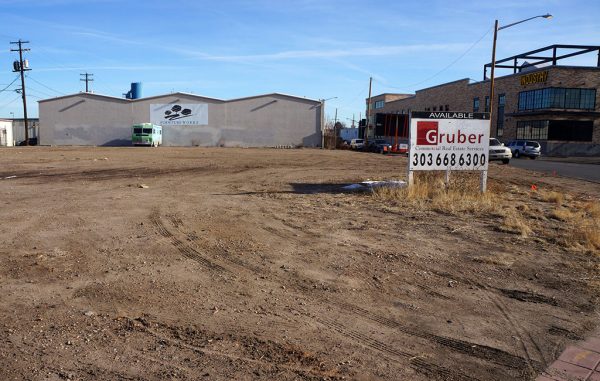 A 0.36-acre parcel along 38th Street in RiNo near Industry sold for $2.5 million. (Thomas Gounley)

It’s the kind of gain that sounds like lore.

The former owner of a strip of undeveloped land in RiNo can boast of an eye-popping return: a 10,000 percent gain in 16 years.

Kalamath was registered by Charles Carlberg of Evergreen, according to state records. Attempts to reach Carlberg for comment were unsuccessful.

City records refer to the parcel as 3853 Walnut St. Unit Vcnt. The land was sold to Denver-based developer Formativ, which needs the lot for World Trade Center Denver, a massive planned mixed-use development.

The first phase of the project, forecast to cost between $175 and $200 million, is slated to include 250,000 square feet of coworking and traditional office space, as well as a conference center and 200-room hotel, according to the Denver Post.

Formativ’s website says the project was supposed to break ground in the fourth quarter 2017, although that did not happen. 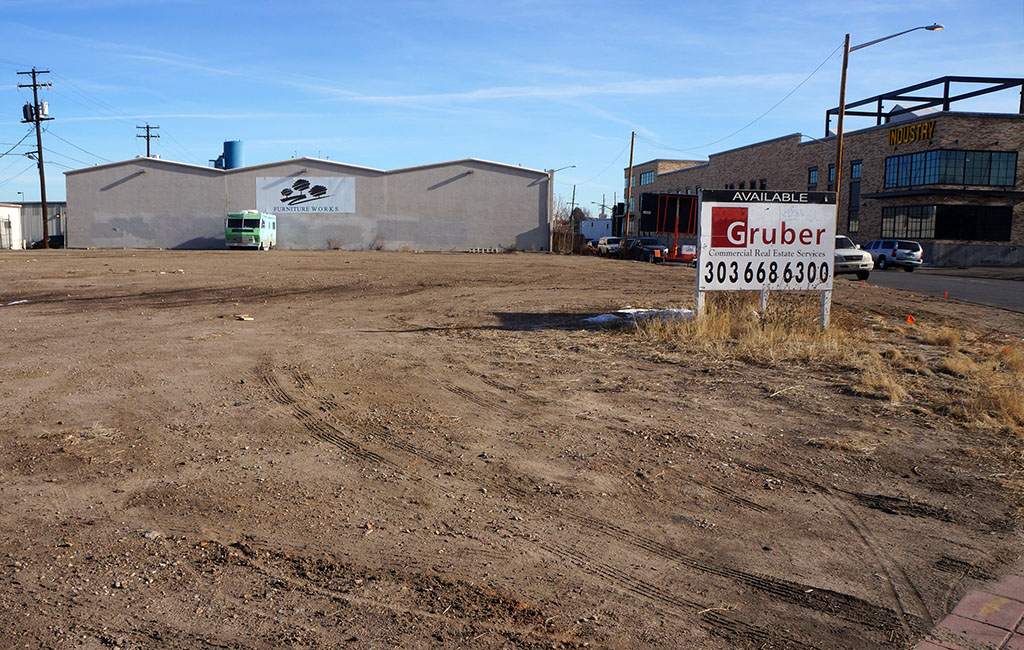 Any details on when the groundbreaking for the WTC will be?

Hi, Chris. Reporter here. In the course of reporting this story, I asked a Formativ executive that, and received no response.

I can’t imagine they are able to get much done until the HUB building is mostly complete, as the activity on that site pretty much has already overwhelmed that area.