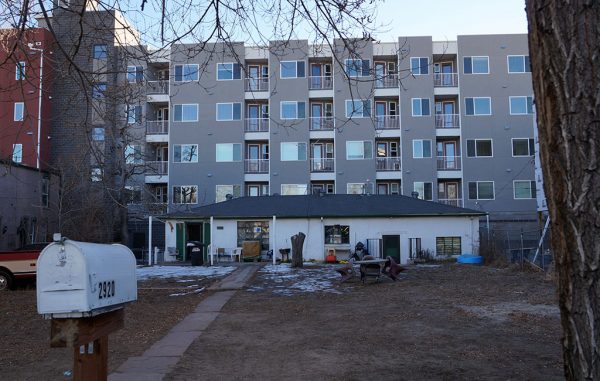 The single-family home at 2920 W. 26th Ave. is nestled between a restaurant and two apartment buildings. (Thomas Gounley)

Townhomes are planned for a recently sold 0.2-acre lot across from the Safeway in Jefferson Park.

The company was formed by David Berton, founder of Denver-based RealArchitecture Ltd. and UnrealConstruction LLC, according to state records.

Berton did not respond to a request for comment. He wants to build two buildings on the site, each consisting of five townhomes, according to city records.

The townhomes would replace the 852-square-foot single-family home currently onsite.

The property sits between a restaurant and a four-story residential building under construction. It backs up against a five-story apartment building that Berton developed. 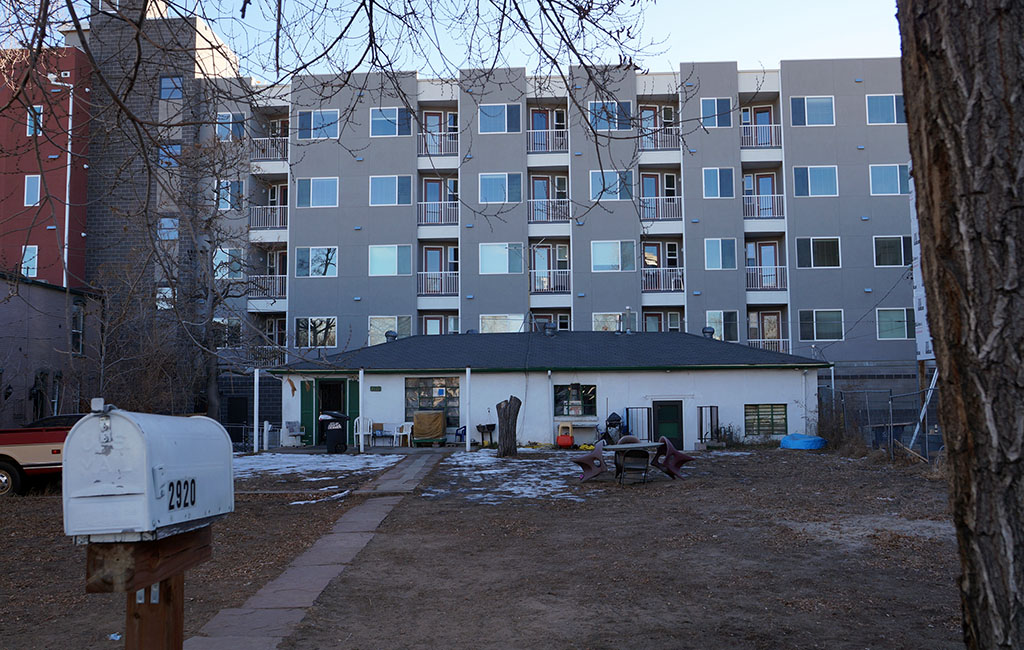 The single-family home at 2920 W. 26th Ave. is nestled between a restaurant and two apartment buildings. (Thomas Gounley)