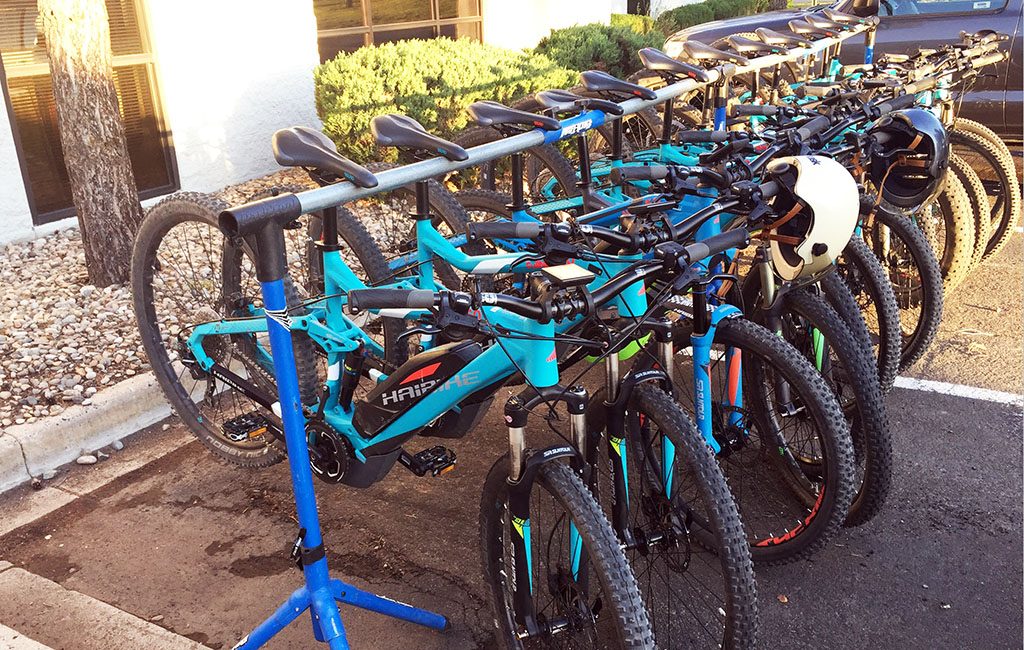 Haibikes outside the company’s U.S. outpost in Denver. (Kate Tracy)

Haibike, a maker of electric mountain bikes that relocated to Denver from California a year ago, is backpedaling out of Colorado.

The decision came from Accell North America, Haibike’s parent company, which is restructuring after the loss of business from major players such as Dick’s Sporting Goods and Sports Authority, according to Bicycle Retailer.

“Because of that, we’re streamlining business and putting everything under one group umbrella,” Miner said.

Accell will consolidate Haibike’s customer service, sales and administrative operations with its other brands in Simi Valley, California. In addition to Haibike, Accell’s brands include Winora, Raleigh and Diamondback.

“Haibike is being integrated into our U.S. E-bike Competence Center, located in Simi Valley, California, to improve service to our Haibike dealer customers that purchase our other brands, Raleigh Electric and IZIP eBike,” Larry Pizzi, president of Accell’s e-bike division, said in an email.

Haibike moved from Simi Valley to Denver last spring, partly because of the state’s positive reception for e-bikes and the state allowing them on more paths and trails. Miner said the state did not give Haibike any tax incentives to relocate.

Miner, who joined the company three years ago, said Haibike in North America was profitable in 2017.

“We had doubled our business every year for the past three years,” he said.

In 1995, Susanne and Felix Puello founded Haibike in Germany. The company sells pedal-assist electric mountain bikes and road bikes that cost as much as $6,000. Despite Haibike’s exodus from Colorado, Miner thinks the e-bike industry has a bright future in the state.

“Colorado is one of the states that looks as a forward thinker with e-bikes,” he said. “It’s a very progressive state that the other e-bike companies see.”

Miner’s last day with the company is March 31, and Haibike’s sublease on its 2,100-square-foot office at 2422 S. Trenton Way ends in May. All six former Haibike employees have found other work, four at other companies and two at Accell’s Simi Valley outpost, Miner said. 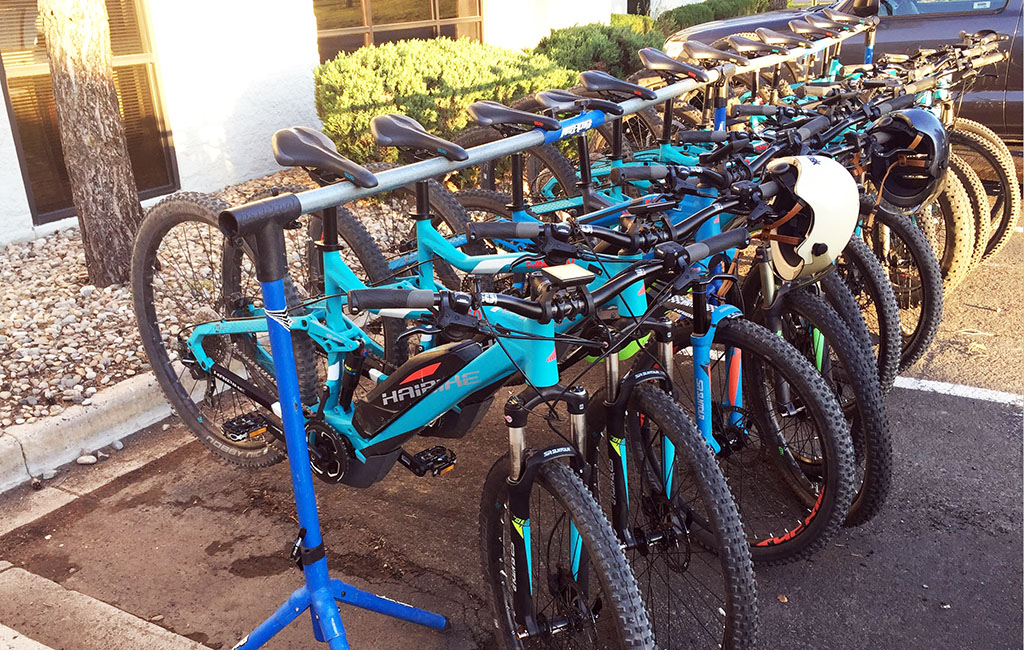 Haibikes outside the company’s U.S. outpost in Denver. (Kate Tracy)

A maker of electric mountain bikes that relocated from California last spring is backpedaling out of Colorado.