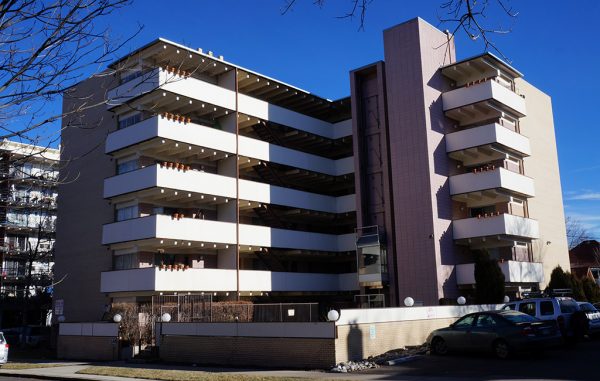 Eisenstein also purchased the 18-unit Avenida Park, a block away at 1300 Adams St., for $3.8 million, according to Unique Properties.

The family of the original builder sold the properties, Kaufman said.

The six-story Club 14 and three-story Avenida Park were built in 1963 and 1960, respectively, according to city records.

Kaufman said the sales were a “value-add” transaction, as the properties have been minimally changed in recent decades.

“There’s a big opportunity there to remodel it and do some high-end renovations,” Kaufman said of Club 14, adding that converting the property into condos is a possibility.

A pair of apartment complexes, separated by a block and totaling 52 units, is under new ownership that hails from Louisville.