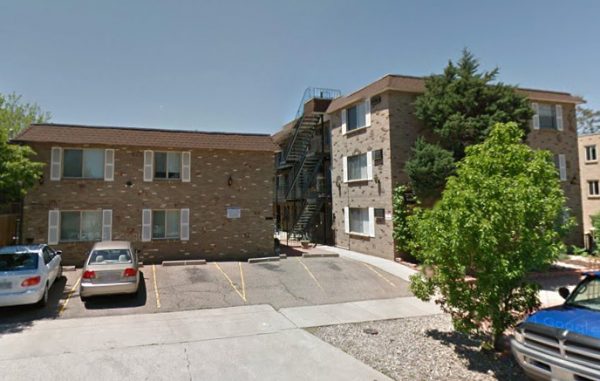 A mid-century apartment complex near the corner of Speer Boulevard and Broadway sold to out-of-state private owners last week for $5.2 million.

Greystone Unique Apartment Group, a division of Unique Properties, was the broker for both the buyer and seller.

The buyers are Esther and Robert Eisenstein of Los Angeles. Esther is a CPA at LA Tax Service, and Robert is a retired software engineer.

They found out about the apartments for sale from their son, who lives in Denver. After visiting town and seeing its proximity to Washington Park and downtown, the pair decided to become owners.

“It’s a good long-term investment. I’m not one of those buyers and sellers,” Esther said.

The couple owns other investment properties in Los Angeles. Denver is a better market for rental owners compared to Los Angeles, Esther said, which has rent control and demands a lot of paperwork.

“It’s too hard to buy in L.A.,” she said. “I’m seriously thinking of shifting a lot of interest into Denver … If they give me a good deal, I’ll buy them.”

The new owners received a loan from Freddie Mac for $3.9 million, according to property records.

The apartments originally were purchased for $2.75 million in 2013, and recently were renovated with new kitchens and a new roof.

The occupancy at the time of sale was 95 percent, according to Greystone.

A mid-century apartment complex near the corner of Speer Boulevard and Broadway sold to out-of-state private owners last week for $5.2 million.