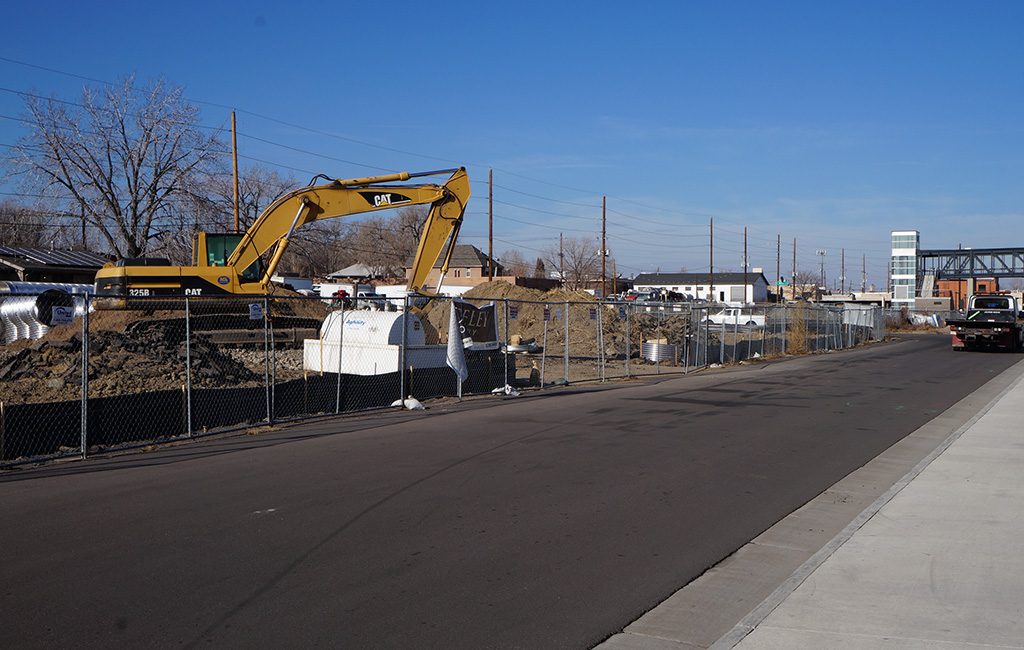 Site work continues on a 29-townhome development on the 3900 block of Inca Street in Sunnyside. (Thomas Gounley)

A new developer is taking over the construction of 29 townhomes in Sunnyside.

The 0.7-acre site has been cleared. Morgan said he had the opportunity to buy a site that was “fairly far along in the planning process.”

The seller was Denver-based McLin Commercial, which purchased the parcels for a total of $1.15 million in July 2015.

Dennis McLin said his company came up with the townhome development plans, and Morgan is moving forward with them.

“We sold him a shovel-ready site,” McLin said.

Both parties did not disclose further details of the sale. No brokers were involved.

Morgan said he previously built townhomes in Fort Collins and Colorado Springs. The Inca Street project will be a mix of two- and three-bedroom units starting in the low $500,000s. All will have single- or double-car garages, he said.

Denver-based Meridian 105 is the architect on the project.

The townhomes will be a block away from a pedestrian bridge to the 41st and Fox light rail station, and across the street from Golden-based Confluence Cos.’ planned 431-unit Zia development.

Site work continues on a 29-townhome development on the 3900 block of Inca Street in Sunnyside. (Thomas Gounley)

For $3.5 million, a new-to-town developer is taking over the construction of 29 townhomes on a "shovel-ready" site.