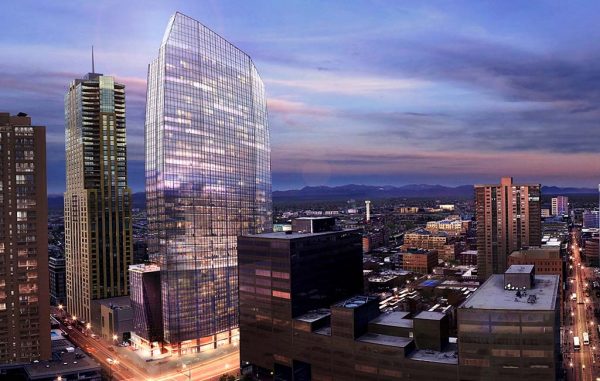 After nibbling at potential office sites all over downtown Denver, Chipotle has settled on a location for its new headquarters.

It will occupy the 20th through 24th floors, spokesman Chris Arnold said.

The move, slated for late 2018, will consolidate Chipotle’s Denver office operations. Arnold said the company moved into space at 1401 Wynkoop St. in the fourth quarter 2007, then took on additional space at 1515 Wynkoop St. in 2015.

He said the total square footage it currently occupies is “very close” to the amount it’s leasing in the new tower.

“The chief benefits of the move are that it puts all of our Denver office staff back into a single building — which provides a more cohesive and collaborative environment — and that we have options for more space in that building to accommodate future growth,” Arnold said in an email.

The new space will feature a large employee lobby and social area anchored by a staircase that connects two of the floors, according to Chipotle. 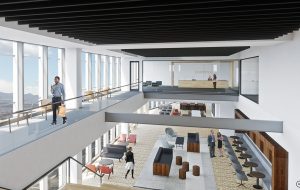 Arnold said the restaurant chain had been looking at options for a new headquarters site “for some time.”

It has struggled in recent years, weathering food-safety scares and a lackluster public response to its introduction of queso.

It announced in November that it’s looking for a CEO to replace Steve Ellis, who started the company in 1993 with one restaurant on Evans Ave. across from the University of Denver.

Houston-based Hines is the developer of the 1144 Fifteenth office tower. It is the city’s fifth-tallest building, and the tallest constructed here in more than 30 years.

Denver-based investment management firm Unicom Capital has signed a lease for the building’s top floor. Other companies moving into the space next year include Optiv Security, Gates Corp. and Greenberg Traurig LLP.

After nibbling at potential office sites all over downtown Denver, the burrito behemoth has settled on a location for its new home base.