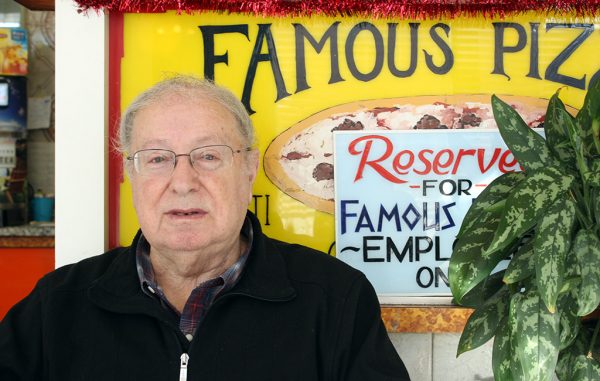 A South Broadway pizza joint will still be open come January, although its future remains uncertain.

News outlets reported in July that Famous Pizza, which has operated at 98 S. Broadway for 43 years, would be out of the space by yearend. Owner Gus Mavrocefalos told The Denver Post that month that he wasn’t given the option to renew his lease.

As 2017 comes to a close, he and his staff are still slinging pies.

Mavrocefalos said his landlord, White Palace LLC, has allowed him to continue leasing the space month-to-month, although he’s unsure how long that arrangement will last. State records indicate White Palace is led by Debra Tepper.

Derek Vanderryst, who said he took over management of the building from Tepper a year ago, and is in the process of buying it. It includes apartments above the restaurant space.

Vanderryst said that, when he took over the building, he spoke with Mavrocefalos about Famous Pizza’s rent increasing, and Mavrocefalos indicated he wouldn’t be able to afford it.

“(Mavrocefalos has) been in there for 30 percent of market value,” Vanderryst said.

The restaurant’s lease ended in October, but Vanderryst said he is letting it stay in the space until he can secure a new tenant. He said Mavrocefalos is paying the same rent rate.

Vanderryst said he would give Famous Pizza several months’ notice before turning the space over to a new tenant.

Mavrocefalos said he wants to find a new home for the restaurant, but doesn’t know when he’ll have to vacate 98 S. Broadway. 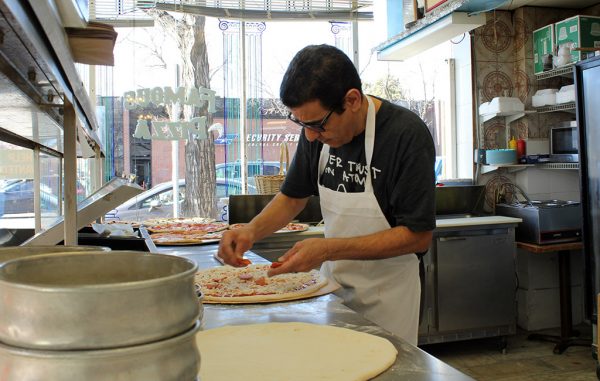 The South Broadway pizza joint will still be serving come January, although its future remains uncertain.

This is a perfect example of why neighborhoods need some low-rent Class C space.