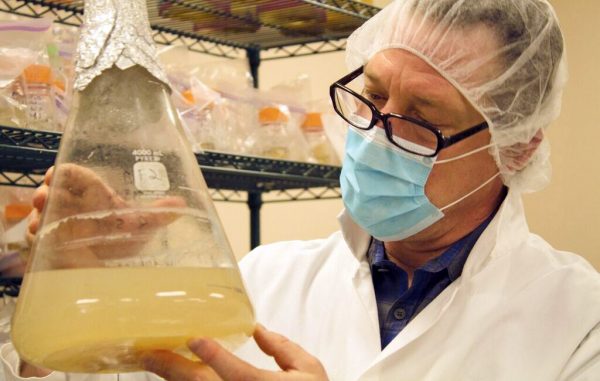 MycoTechnology, an Aurora startup that makes sweetener and protein products from common fungi, is preparing to ramp up production in a big way.

The new location will be more than 12 times larger than MycoTechnology’s current 7,000-square-foot facility at 3155 N. Chambers Road in Aurora.

Director of marketing Josh Hahn said the need for more space is prompted by the popularity of PureTaste, a protein substance made using shiitake mushroom roots, which the firm introduced to the market last year.

“We ended up having to build an 86,000-square-foot facility in order to support the demand of the product,” he said.

The new facility will be able to produce more than 4,000 tons of PureTaste annually. Currently, MycoTechnology is producing small-scale batches used for samples as it awaits the factory.

Earlier this fall, it raised $43 million in Series B funding, a portion of which will go toward the buildout.

“It’s kind of like a brewery meets a dairy facility,” Hahn said. “We are pioneering this industry of how to use mushroom mycelium in various ways for foods.”

The company says the new facility will be ready for full production in a year, although some employees will move over in the second quarter 2018.

MycoTechnology employs 28 people, a figure that’s expected to swell to more than 100 by the end of next year.

The company will keep its Chambers Road facility, using it for research and development.

Hahn said MycoTechnology, founded in 2013 by a mushroom researcher and chemist, sees a need for alternative protein sources as the earth’s population increases. He said PureTaste has a neutral flavor that tastes slightly like cereal, and can be added to foods like tortillas and bread.

The company also makes ClearTaste, a mushroom powder that curbs bitterness in foods like chocolate and coffee, eliminating or reducing the need for added sugar or sugar substitutes.

Matt Harbert and Erik Abrahamson with CBRE represented MycoTechnology in the leasing deal. CRB Engineering is the general contractor and architect.

A 4-year-old company that makes sweetener and protein products from common fungi is preparing to ramp up production in a big way.