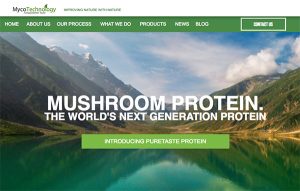 The war chest of an Aurora food startup is mushrooming.

Four-year-old MycoTechnology, which makes mushroom-based powders that curb the taste of bitterness or add protein to foods, raised $35 million, according to an SEC filing Aug. 29.

This is the startup’s largest investment round to date, bringing the total amount of outside funds raised to $45.5 million since 2013, according to a tally of SEC documents.

MycoTechnology’s mushroom products can be used in coffee, bread and salad dressing. The company sells cocoa, coffee, tea leaves and ClearTaste Stevia in bulk for businesses to curb bitterness in products. In addition, consumers can purchase chocolate, coffee and tea products directly.

According to its website, ClearTaste is a powder made from the chemical mycelium in mushrooms that is meant to block the taste of bitterness. MycoTechnology says it sells ClearTaste to tea, coffee and alcohol producers looking for a way to fight bitterness without adding more sugar.

PureTaste is a protein source made from Shiitake mushrooms that can be added to pastas, bread, salad dressing or other food. The company says the product was developed as an alternative to animal-based protein.

The firm was started by mushroom researcher Brooks Kelly and chemist Jim Langan, who recruited Alan Hahn to serve as CEO. MycoTechnology did not respond to messages seeking comment Wednesday.

In 2015, the company closed its $9.2 million Series A round, led by Chicago-based S2G Ventures.

Canada-based GLG Life Tech Corp. uses ClearTaste for one of its Stevia products, according to its website.

This marks the largest funding round to date for the company, which makes mushroom-based powders that curb the taste of bitterness or add protein to foods.