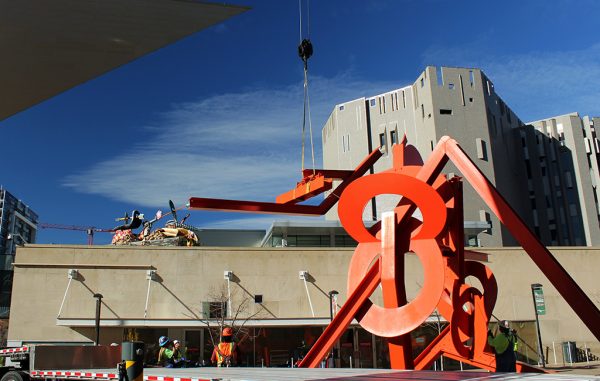 The Denver Art Museum is getting ready to renovate the North Building, starting by moving one of its most eye-catching sculptures.

On Monday morning, the museum started the two-day process of dismantling its Mark di Suvero sculpture in the courtyard bordering West 13th Avenue. The sculpture, Lao Tzu, was built in 1991 and housed in a park in Queens, New York. The DAM bought it for $800,000 in 1996.

The sculpture weighs 33,000 pounds and stands 30 feet tall. It will sit in storage until construction at the North Building is done. Representatives from the museum said the outdoor space is still in the design process, and it’s possible the Lao Tzu sculpture will move to a different location.

The museum used Duffy Crane and Hauling to move the metal. Sarah Melching, director of conservation, said the museum has used the company to move other large sculptures. Most recently, the museum moved three large Deborah Butterfield sculptures to the Denver Botanic Gardens for an outdoor exhibit in 2015.

The North Building of the DAM closed Nov. 20 to start a $150 million renovation. The museum has been working with donors to raise money for the project, and in November, Denver voters approved $35.5 million in bond financing.

The museum also has raised more than $100 million in private funding – the largest donation from its chairman J. Landis “Lanny” Martin and wife Sharon, who gave $25 million to the project. The North Building, which will reopen in 2021, will be named for them.

“That was a big symbolic process,” he said. “To take down a sculpture like this, without taking any damage … this is one of the many parts we are incredibly excited about.” 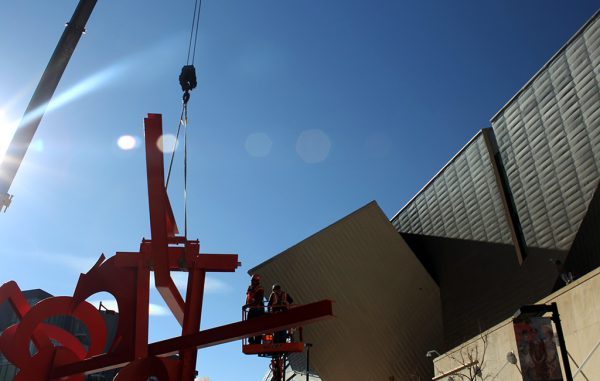 $150 million in renovations are planned for the North Building. (Kailyn Lamb)

The Denver Art Museum is getting ready to renovate the North Building, starting by moving one of its most eye-catching metal structures.