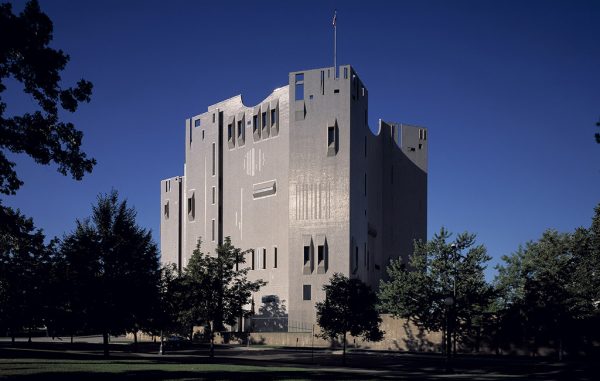 The museum’s $150 million renovation of the North Building will start in November. (Denver Art Museum)

The Denver Art Museum’s North Building will close in November for $150 million in renovations.

The Gio Ponti-designed building on West 14th Avenue and Bannock Street will host visitors for a final time before construction on Nov. 19, the DAM said.

The museum has been fundraising to update the 46-year-old structure for five years. It hopes to use $35.5 million in bond financing for the final quarter of funding, pending voter approval on November’s ballot.

“The bond really will close this gap, which is really hard to fundraise for,” director Christoph Heinrich said.

Heinrich said some components of the project are more appealing to donors than others. Plans for a welcome center and a new education area within the museum have attracted donations, but behind-the-scenes renovations, like insulating the North Building to prevent water damage to artwork, are a tougher sell.

Heinrich said the size of the project also has made the last push for funding difficult.

“When you raise so much money, you’ve pretty much been to all the sources in town,” he said. 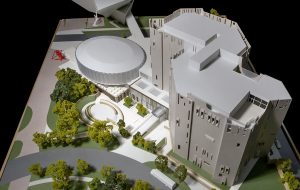 A model of planned improvements for the North Building. (DAM)

Some of those sources will get the perk of seeing their names on new additions. A two-floor welcome center will be named for John and Anna Sie, who donated $12 million to the campaign in February. And the North Building will be renamed for museum chairman J. Lanis “Lanny” Martin and his wife, Sharon, whose $25 million donation toward the project last December was the largest in museum history.

Outside the seven-story building, the DAM will expand the outdoor courtyard, which houses three Deborah Butterfield horse sculptures, and add a pedestrian terrace on the seventh floor.

All told, the museum is adding 33,000-square-feet to its footprint, almost all of it public space rather than storage or offices.

It plans to expand its hours from six to seven days a week to accommodate patrons during construction.

How long North Building remains closed will depend on whether Denver voters approve the section of a $937 million bond package on the ballot in November.

“We can be much more efficient, and the dollar will do much more for us if we can do it all at once,” he said.

The timing of the project also carries special significance for the museum. Construction is scheduled to last four years, with the North Building reopening in 2021 for its 50th birthday. 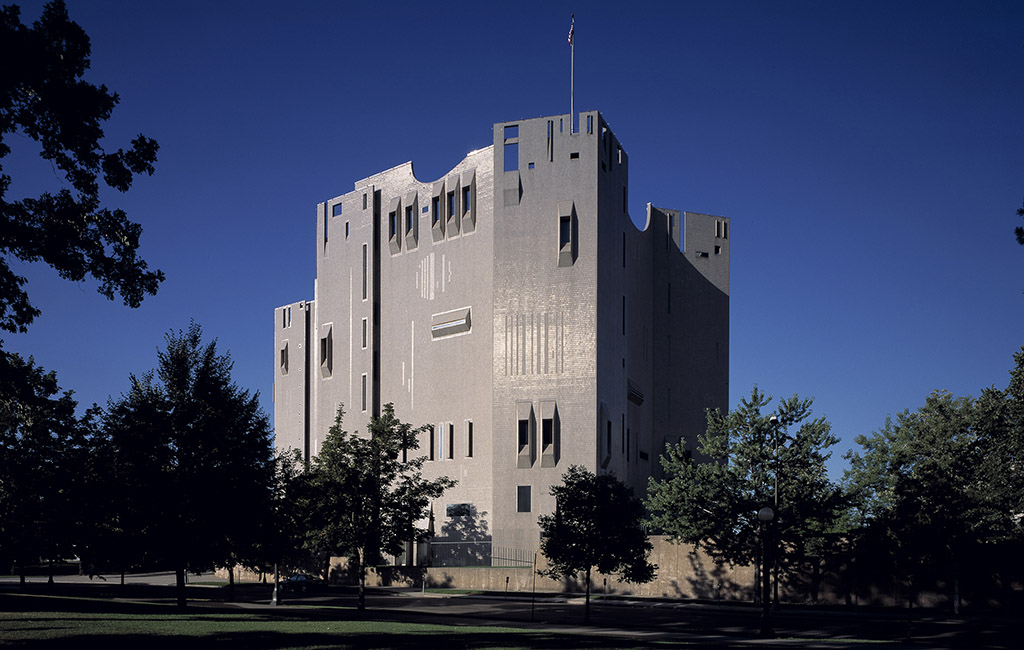 The museum’s $150 million renovation of the North Building will start in November. (Denver Art Museum)

The Gio Ponti-designed building on West 14th Avenue and Bannock Street will host visitors for a final time before construction on Nov. 19.