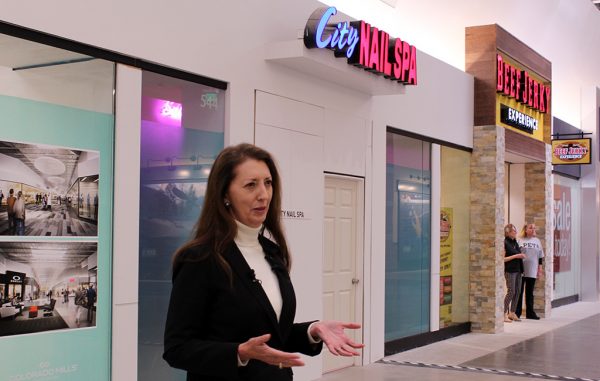 General manager Kimra Perkins speaks at an event Monday prior to the mall’s reopening. (Kailyn Lamb)

Just in time for Black Friday, the Colorado Mills Mall in Lakewood will open the bulk of the building Tuesday.

The 1 million-square-foot mall was forced to shut in May after golfball-sized hail pounded the roof, which leaked in several locations.

The mall will officially reopen at 10 a.m.

The Mills is owned by Simon Property Group, which spent more than $50 million on repairs. Simon took the opportunity to update lighting and restroom areas.

The construction schedule was on warp speed: Other Simon mall properties that have needed renovation due to similar storms have taken as long as two years to reopen, said Gregg Goodman, president of the Mills. 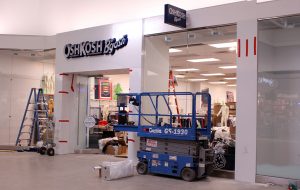 “It flies in the face of what we typically do in our industry,” he said.

Kimra Perkins, general manager at the mall, said it installed a temporary roof after the storm to prevent more water damage. That has been replaced with a more permanent fixture.

Around 100 stores in the Mills will open by yearend.

All of the exterior entrances will be open Tuesday.

Some of the mall’s retailers took the closure as an opportunity to update stores: Forever 21 and H&M both opted for full redesigns and will reopen in 2018. 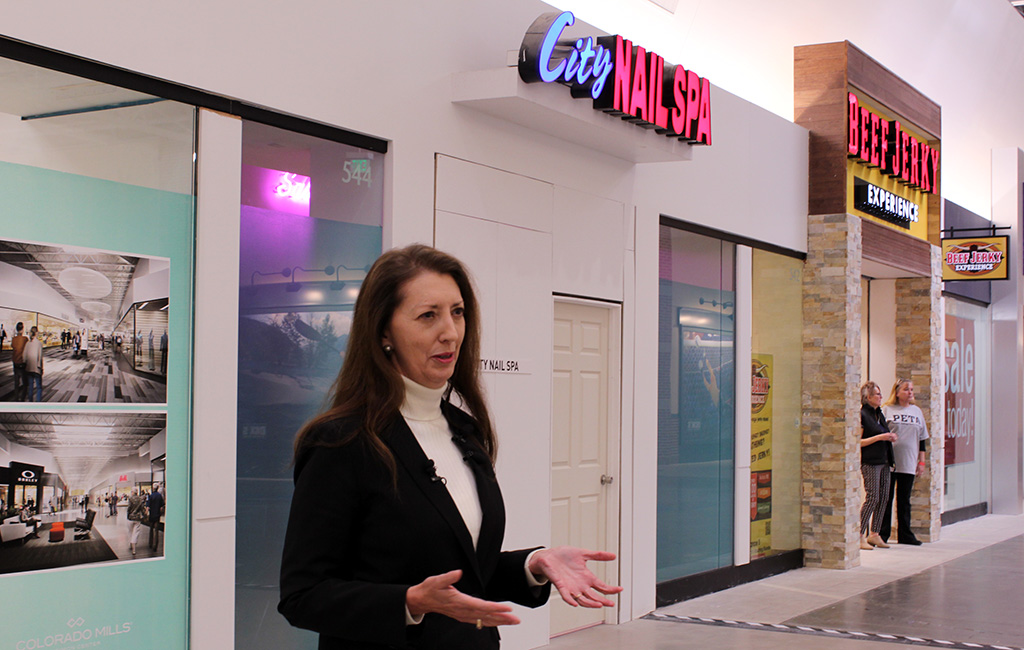 General manager Kimra Perkins speaks at an event Monday prior to the mall’s reopening. (Kailyn Lamb)

Following a May hailstorm and roof leaks, the Colorado Mills Mall in Lakewood will open the bulk of the building Tuesday.