After recently moving into a new four-story office downtown, Denver startup GoSpotCheck has stocked up $21.5 million in funding – its largest round to date.

The tech company, which disclosed its Series B1 funding round in an SEC filing Nov. 17, will use the funds to hire employees and create products with artificial intelligence and machine learning.

“We’re definitely investing a lot around what we can do with AI and more advanced technology,” CEO Matt Talbot said. “We have a new exciting product that’s under development.”

This is GoSpotCheck’s largest investment round to date, bringing its total funding to $47.5 million. The recent injection comes on the heels of raising $16.5 million in a round last year.

The firm sells a software platform to businesses in the food, beverage and retail industries that tracks sales, inventory and data. The company’s 200 customers have included TuffShed, Under Armour, CamelBak and PepsiCo, according to its website.

“We’re looking at workflows that our customers do in the product a lot,” Talbot said. “The big thing would be taking the amount it takes for them to do x and reducing it.” 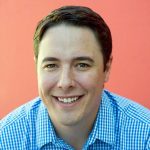 “The current investors were really happy with our product,” Talbot said. “We weren’t rushing to raise more money, but because we were performing well, they wanted to invest more in the company.”

With more than 100 employees at its headquarters at 1500 Market St., the 6-year-old firm is lists 18 job openings on its website, including a vice president of software engineering. The startup plans to have 170 employees by the end of 2018, Talbot said.

“We’ll definitely be hiring across the board, but the biggest focus is around engineering and sales,” he said.

Two months ago, GoSpotCheck was sued by a notorious patent troll, Leigh Rothschild, for patent infringement. Rothschild has sued hundreds of companies, among them Apple and Oracle, on similar grounds.

After recently moving into a new four-story office downtown, the corporate software firm has locked down additional funding to supplement its staff and AI tech.