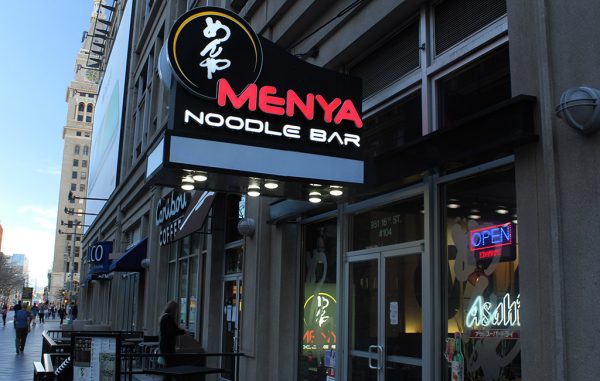 One of Menya’s locations at the 16th Street Mall. It is adding a Cap Hill restaurant. (Kailyn Lamb)

More ramen and poke is coming to Cap Hill.

Lee said he wanted to be part of the growing culture of the neighborhood and expand his brand there. The former taco spot, he said, provided a perfect venue for a fast casual ramen and poke restaurant.

“They were similar to us, with a counter service,” he said.

Lee said that since the location was previously a restaurant, he hopes to have the new Menya location ready in 30 to 45 days. He has a 10-year lease on the property.

“We will hopefully be open before the holidays to get that traffic.”

The restaurant comprises 1,500 square feet downstairs, which Lee said will host the same concept as his other locations – customers order food from the counter and take it to a table. Upstairs, which is 1,600 square feet, will have a sit-down restaurant serving small dishes.

Lee said he wanted the second floor to cater to the late-night crowd in Cap Hill. It will have a full bar. 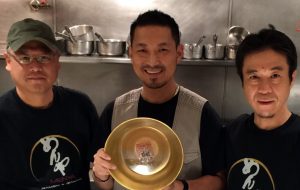 Lee said the new restaurant is being funded from profits of the previous three. The first Menya opened in Greenwood Village in March 2016. The 16th Street Mall location opened in April this year and a Commons Park location followed in summer. All three are currently profitable, he said.

“We’re a chef-driven restaurant so we don’t have deep pockets,” Lee said.

Lee first came to Colorado from the St. Louis area 10 years ago to open his first restaurant, Wasabi. He is originally from South Korea. He trained there and in Japan as a chef.

Lee said keeping the different foods separate was a good experiment to see what people would buy throughout the year. Now, Menya likely will focus on selling different dishes within the same menu.

“Poke itself is a great concept, but in Colorado we have weather changes,” Lee said. “In the summertime they might order more poke, in the wintertime they order more ramen.”

One of Menya’s locations at the 16th Street Mall. It is adding a Cap Hill restaurant. (Kailyn Lamb)

For the chain's fourth restaurant in two years, owner J.W. Lee is taking over a former taco joint on East Colfax.