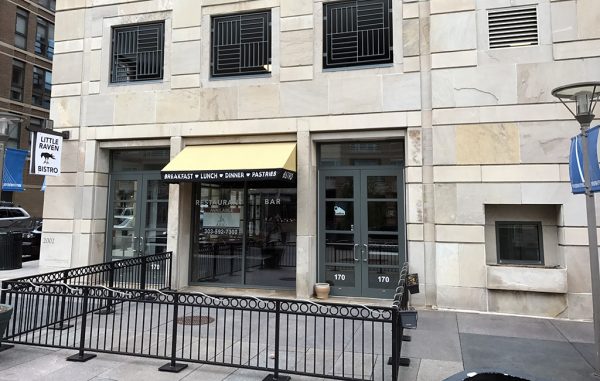 Another restaurateur will try his hand serving Asian food in Commons Park – nestled between downtown and LoHi.

On Friday, Japanese restaurant Menya leased 1,600 square feet at 1590 Little Raven St. The restaurant will serve noodles and fast-casual Japanese cuisine at the new location next to the foot bridge.

“It’s a very nice community,” owner J.W. Lee said. “That’s the only path if you want to walk from the Highlands to (downtown).”

Menya will replace Little Raven Bistro, which shut down a few months ago, said John Livaditis, a broker with Axio Commercial Real Estate who put together the deal.

At his new restaurant, Lee hopes to experiment with the fast-casual concept while also saving money on servers. He’ll have a kiosk or walk-up counter for people to order ramen dishes.

“In Japan, ramen is more of a comfort food,” Lee said. “It shouldn’t be too expensive. It should be easy to access … We’re going to scale it down for this new location for this quick-service concept.”

For his third eatery, a restaurateur will try his hand serving Asian food in Commons Park, nestled between downtown and LoHi.